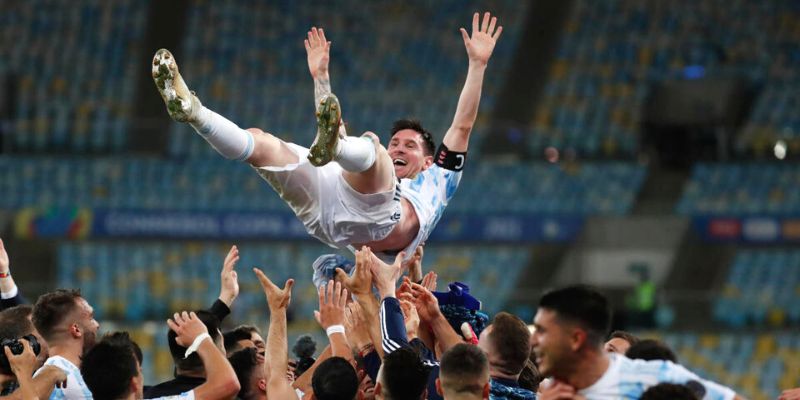 Messi, a star player for Paris Saint-Germain, turned back the hands of time by providing a sublime assist for striker Lautaro Martinez two minutes before the half-hour mark. Martinez scored the goal. Martinez finished the game off in fittingly elegant fashion by firing the ball past Gianluigi Donnarumma, who is Messi’s club teammate.

The South American champions were in complete control of the game in the second half, and Lionel Messi appeared to be having a great time doing it. Messi was constantly drifting into space before either delivering an accurate pass into the feet of a teammate or driving directly at a shaken and uncertain Italy back-line. On two separate occasions, he challenged his club teammate Donnarumma, who was instrumental in preventing what would have been an extremely humiliating defeat for his side.
This was only the third time that a match of this kind had been played between the European and South American champions, with the previous two times being in 1985 and 1993. In both of those years, Argentina prevailed, beating Denmark in a penalty shootout to claim the title of European champion.

Previous articleTottenham Transfer Latest: Conte Is Predicted To Forgo His Interest In Djed Spence And Instead Pursue A Dortmund Player
Next articleA Good Chance That Youssoufa Moukoko Will Extend His Borussia Dortmund Contract