Chelsea Is Very Frustrated They’ve Not Been Able To Sign A £63m Superstar!! 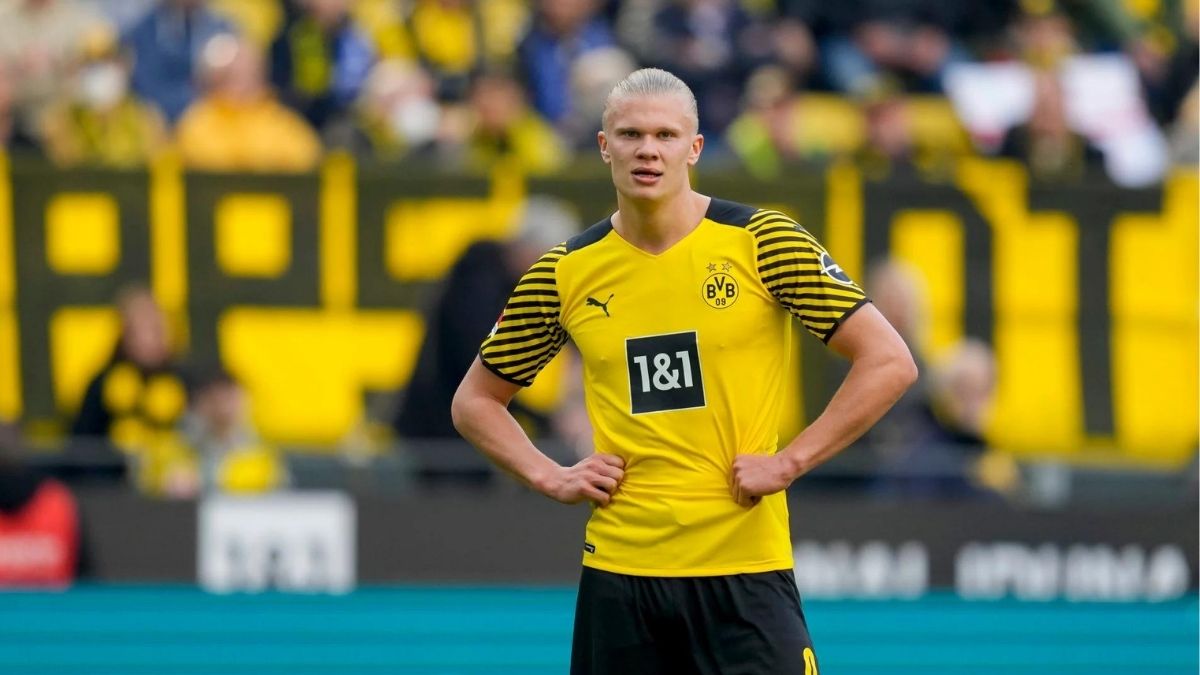 Chelsea is a professional football club based in Fulham, western London. Founded in 1905, the club plays in the Premier League, the top division of British football.

Chelsea club are reportedly very frustrated that their attempts to sign Borussia Dortmund striker, Erling Haaland have been wrecked due to the government sanctions on the Russian oligarch owner Roman Abramovich‘s identification as a key figure with ties to Russia President Vladimir Putin amid the ongoing war in Ukraine.

All of his UK assets are frozen, the sale of the club is on hold, and no ticket sale or merchandise sale is allowed, Statement also reports that Chelsea’s new contracts, player transfers, or merchandise sales have been prohibited.

It’s a major hit to the club, cause the current license does not allow the sale or purchase of any new players. In addition, negotiations with players whose contracts are coming to an end this season are on hold, until further notice.

The Blue has been keen to bring in a blockbuster striker as a potential alternative to Romelu Lukaku, who flopped on Stamford Bridge, since returning from Inter Milan last summer.

Lukaku’s first season at Stamford Bridge was a big disappointment, and once Chelsea’s ownership is decided, the Belgian international is expected to discuss his future.

They plan to bring in a prolific frontman with strong ties to Manchester City and Real Madrid.

But Chelsea is angry that they’ve not been able to have conversations with Haaland.

A prolific goalscorer, Haaland is known for his pace, athleticism, and finishing abilities. He is considered one of the best strikers in football.

The left-footed center-forward has played 87 times for the German giants over the last two-and-a-half seasons – and he’s bagged an incredible 85 goals.

There are strong expectations that Manchester City will sign the Norwegian striker., Especially because they have been laying the foundation of the contract for several weeks.

But the city will not break its wage structure to land Harland. The contract framework, including agency fees, has already been finalized and the city must formally invoke a € 75 million release clause in Harland’s contract by June at the Borussia Dortmund.

Haaland is set to become one of the top earners at the Etihad Stadium, earning around £375,000 a week. And those wages would see Haaland rival Cristiano Ronaldo as the highest-paid player in the Premier League.

Chelsea wanted to know if Haaland was interested in moving to western London and could discuss terms and conditions, but the ownership situation continues to expand.

A consortium led by Los Angeles Dodgers owner Todd Bailey is the preferred bidder, but more details of the agreement are under discussion between merchant bank Raine Group, Chelsea, and the UK Government.

Sir Jim Ratcliffe, a British billionaire, is waiting with a competing bid while the British government has set a deadline of 31 May for completion.