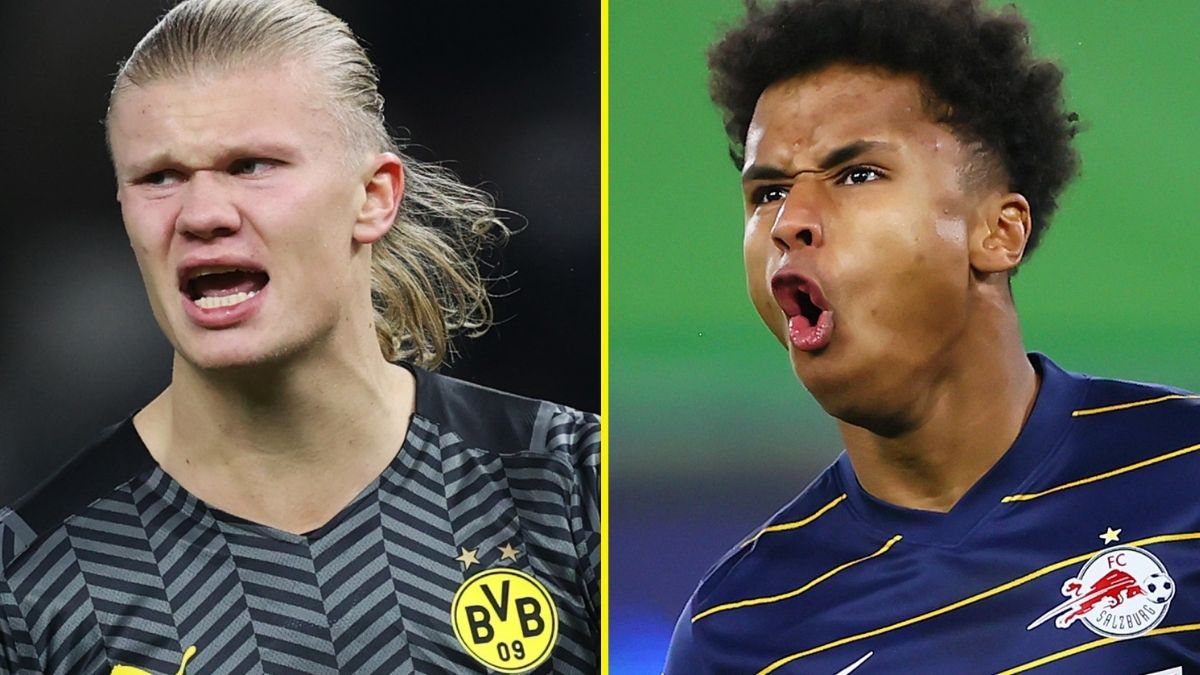 On Tuesday, Borussia Dortmund wrapped up a busy day of transfer business by signing Germany forward Adeyemi from Austrian champion Salzburg to help the club deal with the loss of its top player to Manchester City.

This summer, Erling Haaland will leave Borussia Dortmund. He will be a part of Pep Guardiola’s Manchester City team’s quest for Champions League glory.

As alarming as this sounds for Premier League rivals, it’s much more so for Chelsea, who appear to be on the verge of losing one of their forwards as a result.

However, After passing a medical inspection earlier in the day, the Bundesliga club announced that Adeyemi, 20, has signed a deal until June 2027.

“Adeyemi is a highly gifted, young German international who will add value to our attacking approach with his great finishing and incredible pace,” Dortmund sporting director Michael Zorc stated. “We are getting another highly promising talent for next season after the transfers of Niklas Süle and Nico Schlotterbeck.”

Adeyemi leads the Austrian Bundesliga with 19 goals, and he has three Champions League goals for Salzburg. He made his Germany debut against Armenia in a World Cup qualifying last September and scored his first international goal.

After following the same road as Haaland, he won’t be expected to replicate Haaland’s outstanding scoring average. Since joining Dortmund from Salzburg in January 2020, Haaland has had 84 goals in 86 games in the Bundesliga, German Cup, and Champions League.

Adeyemi, who was born in Munich, progressed through the Bayern Munich and SpVgg Unterhaching youth setups before joining Salzburg in 2018.

He took advantage of Patson Daka’s transfer to Leicester before the 2021-22 season to establish himself as Salzburg’s unquestioned starter.

He is excited to switch to Dortmund, to play for and win titles in the medium term.

Haaland’s exit is the latest in a long line of Dortmund offensive talents who have left the club.

In 2014, Robert Lewandowski moved to Bayern Munich, Ousmane Dembélé to Barcelona in 2017, Pierre-Emerick Aubameyang to Arsenal the next year, Christian Pulisic to Chelsea in 2019, and Jadon Sancho to Manchester United the following year.

Also, Timo Werner is being considered by Borussia Dortmund as a possible return to the Bundesliga.

In his final season in Germany, the 26-year-old scored 34 goals and added 13 assists for RB Leipzig. Despite a poor recent record with Chelsea, the Germany international has gained the attention of the BVB as a possible successor for Haaland.

Werner will have big shoes to fill, but if Dortmund can close the deal, they may end up with a better offer. He was born to play in the Bundesliga, and he’ll have the ideal partner to assist him in the attack.

Dortmund’s’main targets’ for the upcoming summer transfer window include Timo Werner. Marco Rose has the capacity to help Werner reach his greatest potential. His goal-scoring ability is still there; it just doesn’t care for English football.

In two seasons, the 26-year-old has a total of 23 goals. Chelsea did not have this expectation at the start of their relationship.