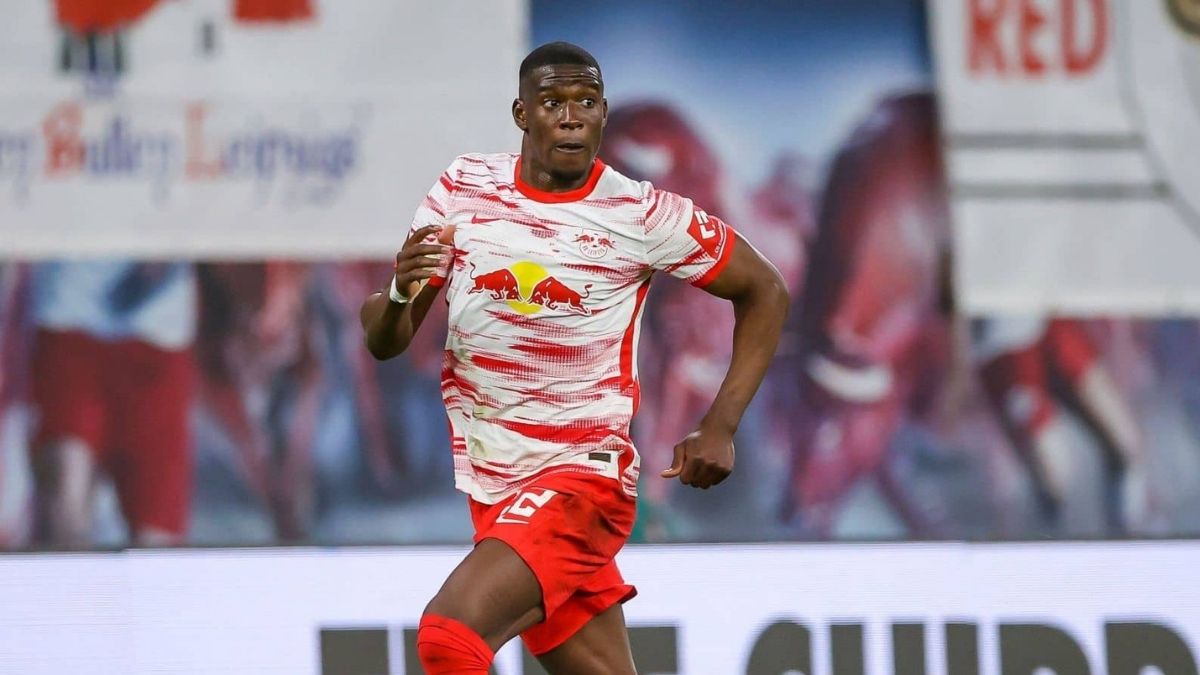 Nordi Mukiele Mulere is a French professional footballer who currently plays as a defender for RB Leipzig in the Bundesliga and for the France national team.

Nordi Mukiele’s Contract At RB Leipzig Will Not Be extended, Read More

The Red Bull Arena is the home of RB Leipzig, which was founded in 2009 on the initiative of the firm Red Bull GmbH.

Manchester United is allegedly interested in signing Red Bull Leipzig’s Nordi Mukiele. There is solid information on his future with the German team.

The Montreuil native is under contract with the Red Bulls until June 2023, but he is expected to leave this summer.

Nordi Mukiele‘s contract will have expired after a year, and Manchester United might make a formal bid this summer instead of just expressing interest.

Atletico Madrid is another squad that has expressed interest in signing the Frenchman.

Atleti, known as Atletico Madrid in the Spanish-speaking world, is a Spanish professional football club based in Madrid that competes in La Liga.

According to reports, the Bundesliga club has no plans to extend the 24-year-contract, old’s nor is it expected.

This summer, Leipzig wants to sell its right-back for at least ten million euros.

Mukiele must be sold in June for the German club to avoid losing him for nothing in 2023.

Mukiele’s professional career began at Stade Laval when he made the first squad at the age of 17.

He made his league debut against Auxerre on November 28, 2014, in a 1–1 tie. Mukiele joined the German club, RB Leipzig, in 2018 and received his first call-up to the senior France squad in September 2021 for World Cup qualifications.

On September 7, 2021, he made his debut in a 2–0 home victory over Finland in a World Cup qualifier.

According to some rumors, Manchester United overpaid for Aaron Wan-Bissaka, a right-back when he was purchased for £50 million last summer.

The club’s recruitment team has a chance to compensate by paying an extraordinarily low cost for Nordi Mukiele, his probable replacement.

RB Leipzig will not make Mukiele a new contract offer after failing to persuade him to accept a contract extension.

Mukiele will be sold this summer and will accept offers of 10 million Euros (£8.5 million).

Manchester United could recruit Mukiele,  who has played 145 games for RB Leipzig, including 23 Champions League matches, for half the price of Spence, who has never played above the Championship level.

Looking for bargains can assist United this summer, as there will not be an unlimited budget for new signings and a large number of players are required.

There may be a few high-priced deals, such as Darwin Nunez, but these will need to be offset by low-cost moves, and Mukiele’s £8.5 million asking price fits the bill.