Haaland Decision In The ‘Next Week’, Dortmund Chief Kehl Says He ‘Wouldn’t Be Surprised If He Moved’ 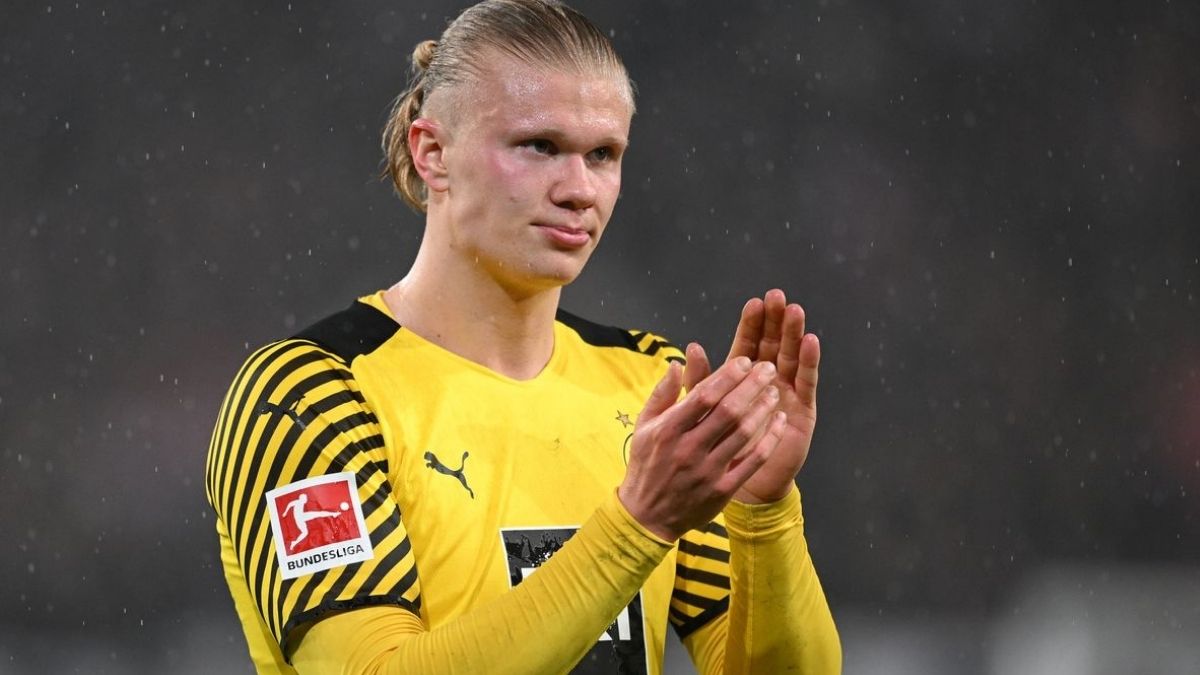 Erling Haaland will make a decision on his future ‘in the next week’, as Borussia Dortmund chief Sebastian Kehl admits he ‘wouldn’t be surprised if he moved to Western London.’

While Manchester City is said to be leading the pursuit of one of football’s hottest properties, no official announcement on the striker’s eventual destination has been made.

There are strong hopes that Manchester City will be signing the Norwegian striker. Especially because they have been laying the foundation of the contract for several weeks.

Haaland had been connected with a number of teams, including Real Madrid, Barcelona, and Paris Saint-Germain, but it appears that City is the clear favorite to sign him.

BVB is bracing for a superstar exit at the conclusion of the season, with a release clause set to be triggered.

According to Borussia Dortmund sporting director Sebastian Kehl, Erling Haaland will have “clarity” on his future next week. Kehl has revealed that he would not be surprised if the attacker left this summer.

In recent weeks, Haaland has been heavily linked with a move to Manchester City, with the Premier League champions considered to be leading a group of prominent bidders interested in signing the Norway international.

Haaland, a prolific goalscorer, is known for his athleticism, pace, and finishing abilities. He is considered one of the best strikers in football.

There has been no formal announcement about the star’s next steps, and he is still under contract with Dortmund – but with a release clause set to be activated this summer if necessary, Kehl reveals that he expects to learn about the player’s decision sooner rather than later. What has Kehl said regarding the future of Haaland?

When asked about the future of the Leeds-born player, Keh told STAHLWERK Doppelpass on SPORT1: “I expect clarity in the coming week and It wouldn’t surprise me if he eventually moved on.”

Kehl also discussed plans to bring in Karim Adeyemi as a replacement for Jadon Sancho, saying of the RB Salzburg player, “I assume we will make progress with Karim this week.”

Manchester City fans are already displaying their excitement ahead of the start of the new season, with new additions on the horizon, as the Premier League season draws to a close in the coming weeks.

What information is available about Haaland’s release?

Haaland can leave Dortmund at the end of the season if a club matches the €75 million (£64 million/$79 million) release clause in his contract, which he signed under late agent Mino Raiola.

Haaland is set to become one of the top earners at the Etihad Stadium, earning around £375,000 a week. That salary would see Erling Haaland rival Cristiano Ronaldo as the highest-paid player in the Premier League.

It is a potential bargain buy from the German club for a player whose reputation has only grown in recent years and has sparked attention from a number of parties, including La Liga champions Real Madrid.