Is Edin Terzic The Ideal Candidate To Steer The Ship Of Revolution At Borussia Dortmund? 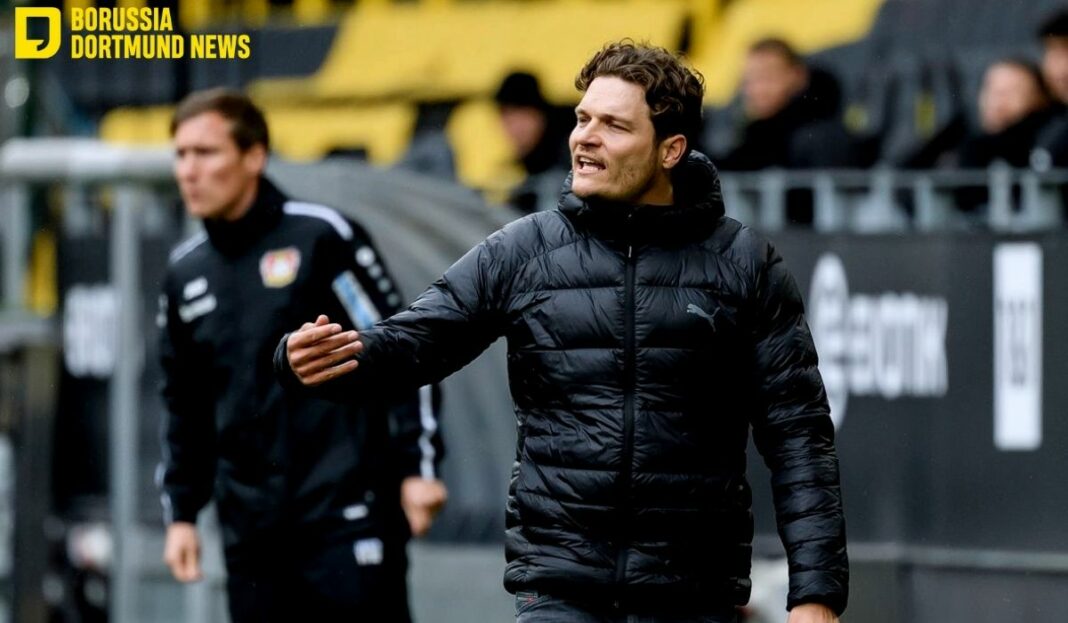 Borussia Dortmund’s troubles over the last few years have been summed up by the phrase “two steps ahead, one step back.” The wheels come off just as the ‘Schwarzgelben’ look to be on the right track, and they have to start their strategy for the Bundesliga triumph all over again.

Is Edin Terzic The Perfect Person To Lead The Revolution At Borussia Dortmund?

Following the resignation of Marco Rose, Borussia Dortmund has named Edin Terzic as their head coach until 2025, according to a statement released by the Bundesliga club on Monday.

Marco Rose’s first year at Signal Iduna Park was anything but fruitful. Dortmund may have scored more goals in the league than in any previous season, but they still finished second to Bayern Munich in 2021/22, and early exits from the DFB Pokal, Champions League, and Europa League further added to their sense of failure.

Despite this, analysts agreed that the former Borussia Mönchengladbach head coach had done enough to earn a second season in charge, particularly as Hans-Joachim Watzke and his team had already been busy in the transfer market, bringing in Niklas Süle, Nico Schlotterbeck, and Karim Adeyemi. As a result, when his resignation was revealed last week, it came as a shock, and his successor is even more surprising.

Terzic served as Dortmund’s temporary manager from December 2020 until May 2021, guiding the team to a German Cup victory.

In 2018, the 39-year-old was Lucien Favre’s assistant, and after the Frenchman was fired, he took over as interim coach until the conclusion of the 2020-21 season, before becoming the club’s technical director.

“People should understand how important BVB is in my life by now,” Terzic remarked. “Every day, we will offer all for the club’s success.”

Edin Terzi is a Dortmund fan who has worked for the club as a scout, youth assistant coach, first-team assistant coach, and, most recently, manager. Following BVB’s disastrous 5-1 defeat at home to Stuttgart in December 2020, the 39-year-old took over as temporary manager and led Dortmund to a Pokal title and a top-four finish.

In the end, he was judged inexperienced enough to take on the position on a permanent basis. Instead, at his request, he was promoted to technical director, where he worked alongside Michael Zorc and Sebastian Kehl. Despite being a well-liked figure at the club, he is still the same manager as he was a year ago, so what has changed?

It’s possible that the hierarchy just realized what they had. Terzi reintroduced some players who had been left out by Favre – Mahmoud Dahoud and Ukasz Piszczek, in particular, sparkled when given another chance – and there is little to complain about from a motivational standpoint.

Dortmund finished the 20/21 season on a strong note, winning nine of their last 10 games in all competitions and each of their last eight. The club improved significantly from where they were under Favre, and Terzi deserves credit for that.

However, reviving a shattered squad midway through a season is not the same as being in charge of a project for three years.

Dortmund was relegated to the Europa League after coming third in their Champions League group before being knocked out by Rangers, and they were knocked out of the German Cup in January by second-tier St Pauli.

Sebastian Kehl, Dortmund’s sports director, stated, “We are certain that this personnel choice is the right one for Dortmund.”

“Edin is familiar with our club, the environment, a major portion of the team, and the changes we need to make in order to provide successful football to our supporters.”

Dortmund have already spent a significant amount of money in preparation for next season, and further signings are expected – FC Köln’s Salih  Özcan is the latest to do so. Is Terzi the ideal candidate for the job of revolution leader? Only time will tell if this is true.