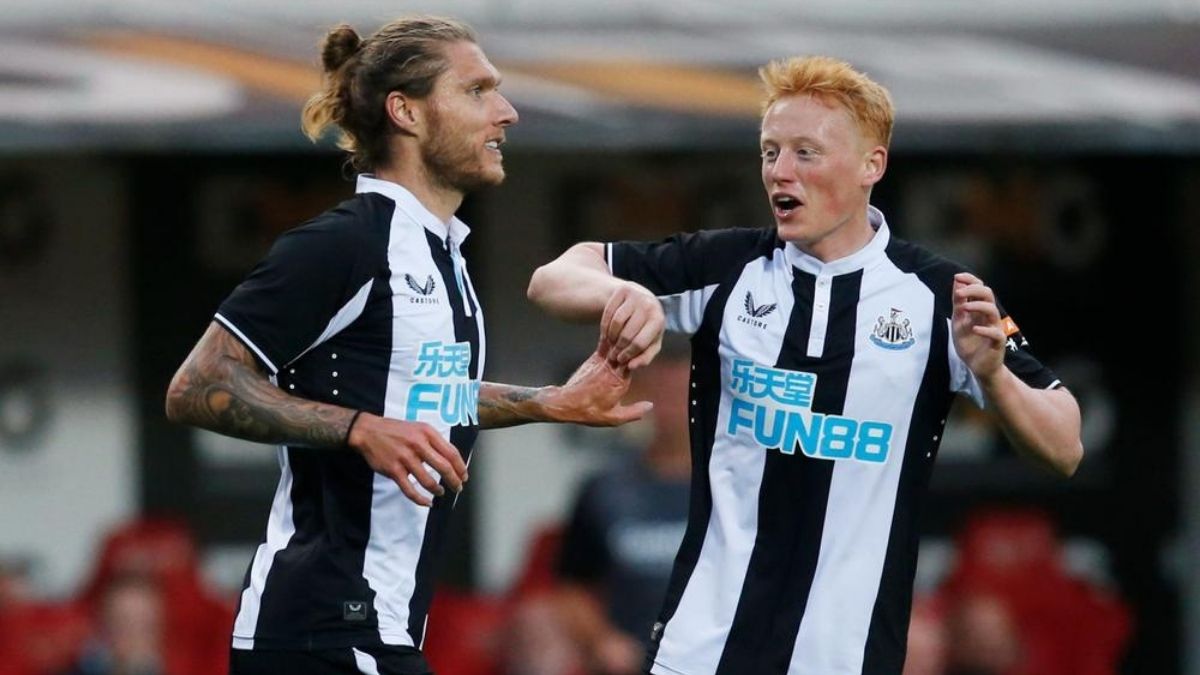 Hugo Ekitike is a French striker who currently plays for Ligue 1 club Reims.

On October 17, 2020, he made his senior team debut in a 3–1 Ligue 1 loss to Lorient. Ekitike joined Danish Superliga club Vejle Boldklub on loan for the rest of this season on January 29, 2021.

He scored Reims’ second and third goals in a 3–1 win over Nantes on September 26, 2021, after coming on as a substitute. Ekitike already has turned down a deal to Newcastle United in the January 2022 transfer window.

So, Newcastle United will have a tough battle to sign Reims attacker Hugo Ekitike, with Fabrizio Romano suggesting that Borussia Dortmund is also interested.

Dortmund, of course, is looking for a new striker after agreeing to sell Erling Haaland to Manchester City. Ekitike appears to be a prime target for the German outfit, which is known for getting replacements rapidly.

What happened in January between Newcastle and Hugo?

Reinforcements were needed in January, when the team was in the midst of its worst season yet, to avoid relegation at any costs.

Hugo Ekitike, a teenage phenom from Reims in the French Ligue 1, was one of the targets back then. Even while Ekitike is anticipated to be pursued by behemoths—Juventus, Borussia Dortmund, and both Manchester clubs, to name a few—the truth is that Ekitike wasn’t nearly as sought after a few months ago when Newcastle and Brighton were eyeing the French prospect.

Eddie Howe endorsed the pursuit of Ekitike in January, and he’d be just as happy now if the Magpies were to capture the striker.

Negotiations were terminated in January because the young player appeared to want to join a genuine Premier League squad rather than one mired in relegation.

According to reports at the time, a £25 million bid was accepted by Reims in January, with the player refusing to initiate contract terms with Newcastle in the event of relegation to the Championship at the end of the season.

With that minor stumbling block removed, and Ekitike appreciating Howe’s understanding of his game, this may be Toon’s first preseason transfer.

Ekitike is expected to leave France this summer for greener pastures, whether in Tyneside or elsewhere. Given Newcastle’s pre-existing relationship with Stade Reims following their successful January engagement, it makes perfect sense for the deal to be concluded in the next days or weeks, player-side included.

It’s unclear whether the final deal would be a loan-and-trade after a season, or if it will be a single signing with a fully paid fee from the start, with the player moving for good as soon as this summer, completely off Reims’ books.

There’s no way the Magpies start next season with an underperforming Chris Wood and a banged-up Callum Wilson as their only strikers, so Ekitike would be the one (or one of several, depending on the situation).

The Gunners are in desperate need of a win after Tottenham’s 1-0 win over Burnley on Sunday afternoon dropped them to fifth place.

And, Eddie Howe wants Dean Henderson to join Newcastle United. According to reports, the Toon boss sees Henderson as the ideal replacement for Martin Dubravka.

Henderson, who has been at St James’ Park since 2018, is eight years younger than Newcastle’s current number one. Rafa Benitez signed him, first on loan, then permanently.

Since his arrival at Newcastle, Dubravka has been the club’s primary goalkeeper. He has only been out due to injury. Unfortunately, he’s experienced some fitness concerns in recent years.