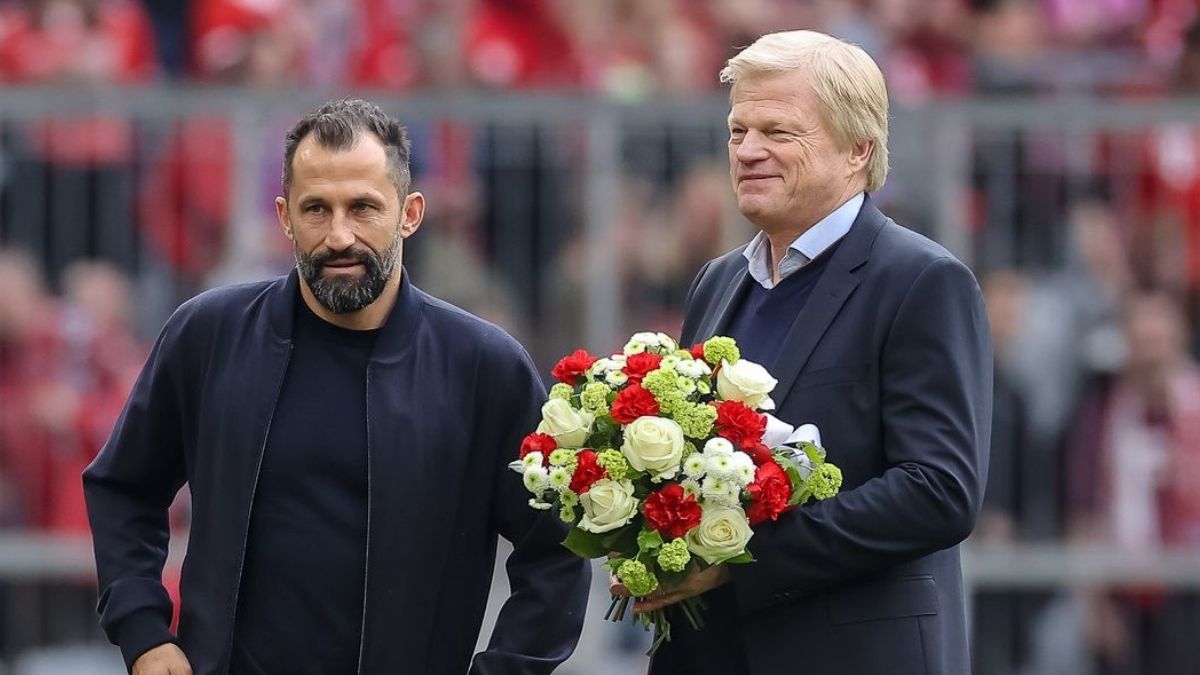 Julian Nagelsmann led Bayern Muchin to their 10th consecutive Bundesliga title, despite a completely disappointing exit from both the DFB-Pokal and the UEFA Champions League.

This season has been strange for Bayern Munich.

The Meisterschale is, of course, the very minimum necessity at FC Bayern every season, but both domestic and European cup tournaments are just as vital, if not more, in order to keep their status as one of Europe’s top, elite teams.

The desire for a more competitive Bundesliga has persisted for non-Bundesliga fans, or even non-Bayern Bundesliga fans, ever since Jurgen Klopp left Borussia Dortmund, having been the last manager to beat Bayern to the Bundesliga title before taking his sabbatical.

Bayern Munich naturally wants to win the crown every season, but their supremacy will ultimately fade. Another club will triumphantly hoist the Meisterschale into the air at some point.

In a recent interview with Suddeutsche Zeitung, Bayern CEO Oliver Kahn stated that he and the club are open to a closer title competition in Germany, but that this will never discourage Bayern’s desire to win every season. “

On the contrary, we at FC Bayern have nothing against a thrilling title competition. However, FC Bayern Munich emerged as German champions in the end.

Of course, I understand that non-Bayern supporters want the title competition to be more exciting. “However, the competition must ensure that the race is entertaining,” he continued.

Bayern has had the typical suspects from direct competition for the majority of recent, Bundesliga seasons.

For the majority of any season, Borussia Dortmund, RB Leipzig, Bayer Leverkusen, Eintracht Frankfurt, and even Schalke 04 (before relegation) have been in or near the top four.

Bayern’s direct opponents, fortunately, manage to miss at inopportune times and steal points from each other, which only helps Bayern’s efforts to keep a healthy lead over the rest of the group.

This season has been no exception, with Dortmund, RB Leipzig, and Leverkusen all experiencing extended spells of level.

However, Kahn is aware that Bayern Munich’s opponents will continue to aim at them in an attempt to throw them off balance, and that it is up to them to prevent this.

After taking a few steps back and removing Bayern’s renowned hat, Kahn stated that a more competitive Bundesliga would help to increase interest in the league as a whole, and thus viewership.

“More stars in the league, an exciting title race, helping in the sale of German and international television rights,” he added.

And it is precisely where we have recently lost significant progress. The fact that Germany was one of the last European countries to allow fans to return to stadiums under the Coronavirus restrictions did not assist their cause, but there are still other options that will help the German Football League expand its reach in Europe.

In the future, Kahn stated that Bayern is open and willing to collaborate with other Bundesliga clubs and the German Football Association to discover ways to increase Bundesliga’s global visibility.

In comparison to Germany’s top-tier clubs, he wants to see more consistent success in the Champions League.

“We are delighted to collaborate with the German Football Association in order to identify ways to keep up with the top German clubs in the Champions League,” he added.

“Because without Champions League success, the Bundesliga as a whole would continue to lose marketing strength, which will eventually harm all the clubs.

Our ambition is to create a team capable of competing for the Champions League next season, which will immediately make us favorites to win the Bundesliga title.” he continued.

Previous articleHaaland Decision In The ‘Next Week’, Dortmund Chief Kehl Says He ‘Wouldn’t Be Surprised If He Moved’
Next articleBayern Munich Reach Agreements To Sign Ryan Gravenberch & Noussair Mazraoui