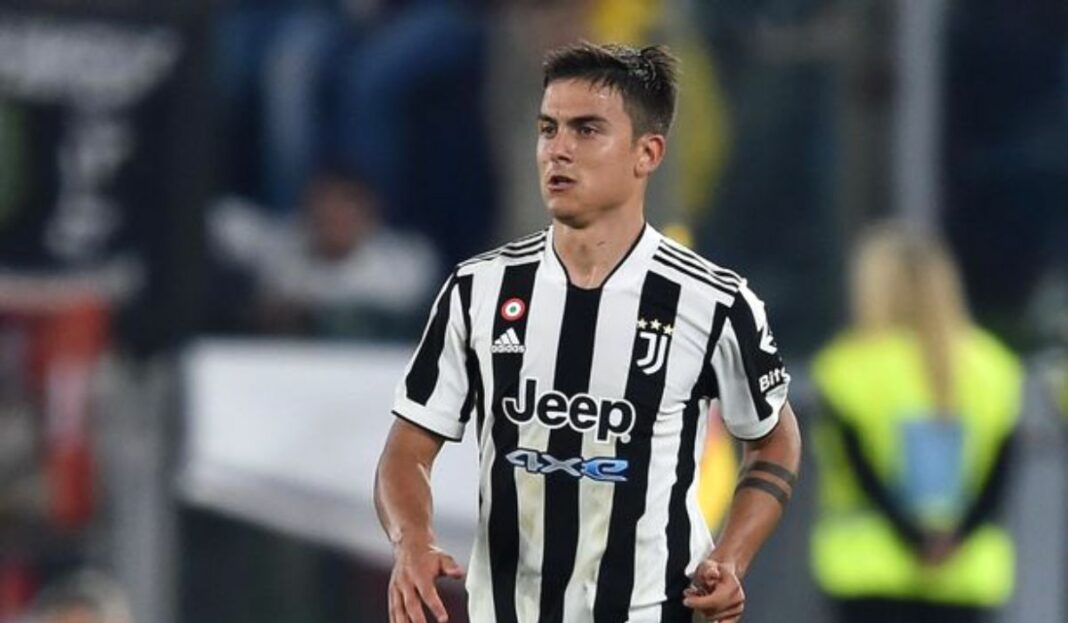 As the fans hear the news of veterans parting their ways with Inter Milan, they speculate on the next signings. One name sends to be a fan favourite and the club favourite as well- Paulo Dybala.

The Argentine forward is a Juventus forward with two double-digit scorers in his name.

The early 2000s were the years of Internazionale Milano for sure. But the dominant Italian club has been on a fall for the past decade. In the last two seasons, though, Inter has started bringing back the heat.

Winning a Serie A title in 2021 and finishing a close second this season- a comeback indeed! But to keep up to the expectations of the enthralled fans, the Italian club has to keep the wins coming.

To keep up with the wins, Inter Milan is eyeing out Paulo Dybala and Henrikh Mkhitaryan for the upcoming season.

Rumors are spreading around like wildfires that the Argentine forward is set to sign Internazionale. Armenian midfielder Henrikh Mkhitaryan is also rumored to play for Inter Milan in the upcoming season. The rumors of these two coming to San Siro and calling it their home ground have the fans on the edge of their seats.

Since 2010, Internazionale has played second, third, fourth, and ninth as well. Falling short to rivals AC Milan and Juventus in Italy’s Serie A. Ownership uncertainty and mismanagement has cost the decorated club a decade. This put the club behind not just Juventus and Milan, but teams like Napoli and Roma as well.

But this past two seasons, Inter turned all the wrongs into rights and brought the Serie A title back to Internazionale. The club won it’s19th Serie A trophy in the 2020-21 season and finished second in the last season just behind long-time rivals A.C Milan.

Inter, on the other hand, lost a large number of players from their Serie A-winning side this season. Antonio Conte, the former manager of Italy, Juventus, and Chelsea, departed to join Tottenham Hotspur in the Premier League.

To fill in the empty seats, manager Simone Inzaghi from Lazio, 35-year-old striker Edin Džeko from Roma, and 24-year-old full-back Denzel Dumfries from PSV Eindhoven have been called to San Siro by Milan.

There were many players retained as well from the winning roster. These include goalkeeper Samir Handanović, defenders Stefan de Vrij, Matteo Darmian, and Milan Škriniar, midfielders Ivan Perišić and Arturo Vidal, and forwards Alexis Sánchez and Lautaro Martínez.

Inter has to re-establish its luster in the coming season by bringing in a combination of veterans and young players. This is the major reason that Inter is eyeing Dybala.

With a strong forward in former No. 10 of Juve and the mix of veterans of the title-winning team, Internazionale will be trying to cement its spot as champion in the next season.

Dybala who once was considered Europe’s next big attacking talent has never been able to truly settle in with the team in Torino. Despite the fact that he’s now 28 years old. The center-forward bounced back in 21-22, scoring 15 goals and adding six assists.

Henrikh Mkhitaryan, a 33-year-old senior offensive midfielder for Roma, has also been linked with a move to Italy. Romano, a former Manchester United player, has played a key role in Jose Mourinho’s rehabilitation of Roma, but he wants to play in the Champions League next season, according to Romano.

Inter Milan might benefit from bringing in Dybala and Mkhitaryan this summer, especially if it loses a few tried-and-true veterans when the next transfer market starts on Friday, June 10, 2022.

According to some reports in Italy on Wednesday, Dybala is on his way to Inter. With the two parties meeting for the first time in an official manner. According to reports, the meeting resulted in Inter presenting their first official contract offer to Dybala’s team.

A four-year deal that would run until 2026 and pay the former No. 10 of Juventus roughly €5.5 million to €6 million per season plus bonuses. “The demand from the player’s company is larger but not by much,” according to some reports, with said demands supposedly totaling approximately €8 million each season.

Paulo Exequiel Dybala is an Argentine footballer who currently plays for Juventus and the Argentina national team in Serie A. Dybala began his senior club career in 2011 with Instituto de Córdoba, before joining Palermo at the age of 18 in 2012 and winning the Serie B title.

Dybala joined Juventus in 2015 and has since won five league championships and four Coppas Italia. He was also named Serie A’s Most Valuable Player once, four times in the Serie A Team of the Year, and is Juventus’ ninth-highest goalscorer all-time.

This means that Simone Inzaghi might have the duo of Lautaro Martinez and Dybala to play next season. Romelu Lukaku, though, has plans of returning back to the Italian club next year.

Chelsea agrees with the idea of a loan transfer but it won’t be easy financially. Lukaku has agreed to reduce his salary to make this a possibility but Inter still has the English club to make an agreement with.

Inter also needs to make some minor signings considering that veterans such as Matias Vecino and Stefano Sensi will leave the club in the summer. Empoli’s Kristjan Asllani and Cagliari’s Raoul Bellanova are two players the Italian club might be interested in.

Inter Milan will benefit immensely from stealing an offensive forward from a competitor in order to close the gap in the next championship.

Previous articleSadio Mane Reportedly Moving To Bayern Munich From Liverpool After The Unfortunate Defeat In The Champions League Final!
Next articleKonrad Laimer Has A Hefty Release Clause In His Contract