Sadio Mane Reportedly Moving To Bayern Munich From Liverpool After The Unfortunate Defeat In The Champions League Final! 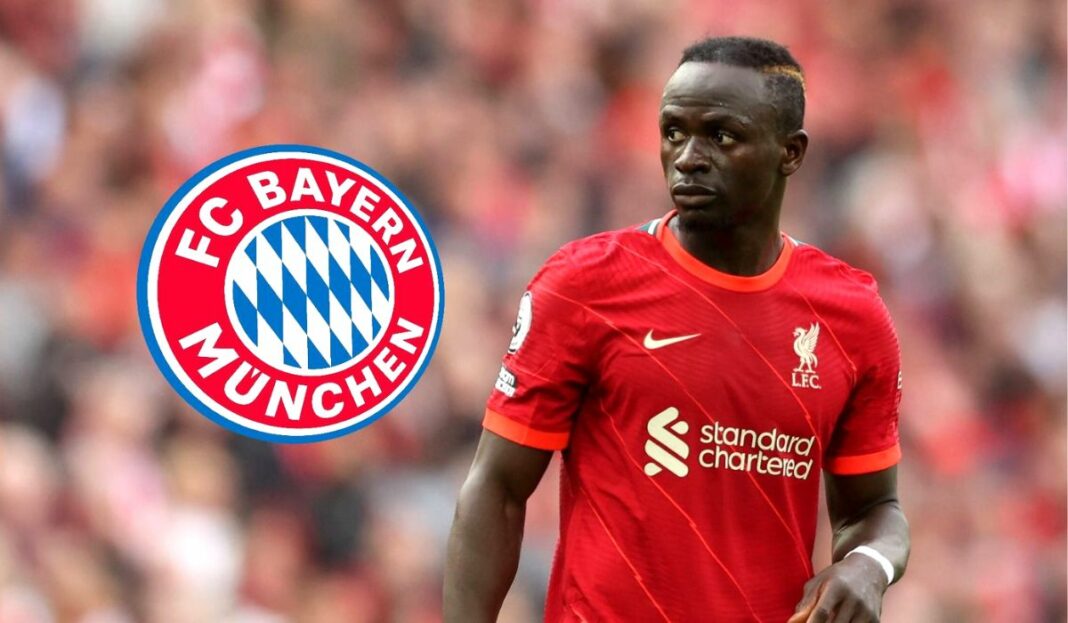 After spending six years of his career at the Merseyside club, Sadio mane is on the verge of leaving Liverpool. After the reds’ unfortunate defeat in the champions league final, the news of Mane’s potential Bayern move took over the headlines.

This took the reds’ fanbase by a surprise as the only contractual issue that was in the limelight was Mohamed Salah’s but the matter of fact is that Mane’s contractual situation was the same as Salah’s, with both the players looking for new pastures.

The Senegalese winger was the first signing under the Jurgen Klopp’s reign that propelled the reds into the European-elites conversation again after years of absence. He came as the first major piece in Klopp’s masterpiece that conquered the world.

His reds career took off brilliantly as he quickly became a fan favorite. Anfield came alive every time he was on the ball because brought an air of happening as he took on the opposing defenders.

He and Salah became Liverpool’s speed demons haunting every defense they faced. Liverpool’s play was elevated on every occasion when Sadio Mane was at his best.

Having won every possible title with this Liverpool squad and being one of the major contributors to this success alongside the likes of Salah and Virgil Van Dijk, Mane has definitely secured his place in the Liverpool hall of legends.

He will be immensely missed if he leaves as his presence on the wings has been cardinal for Liverpool’s success. The insanely decisive finishing in front of the goal, frightening pace, and intelligent positioning are attributes that the Senegalese have boasted consistently for 6 years at Anfield.

It would a wise on Liverpool’s part to keep Mane beyond 2023 as he still has a few years left at the top of his game and can provide a lot to the team especially as the new crop of young players like Luis Diaz and Darwin Nunez is coming in.

Why did Sadio Mane Make This decision After Six years?

There seem two major reasons for this stir around Sadio Mane’s future as a red. One of them is that the Liverpool hierarchy has rejected the wage demand of 393k euros per week making the Mane and his outrage feel disrespected and undervalued at the club financially.

This comes as a piece of very unfortunate news because Mane is loved and admired by everyone else at the club including his manager, fellow teammates, and fans.

Bayern would be absolutely delighted to acquire his services as players like Serge Gnabry and Rober Lewandowsky are on the verge of leaving the German club. Bayern had a disappointing UCL campaign this season as they were shockingly eliminated by Villarreal in the quarter-finals.

They are in the market for reinforcing their attack therefore signing a goal scorer like Mane would be a great help to Nagelsmann who uses such prolific wingers in his formation. Bundesliga is in the need of a big-name signing after Halland left and Lewandowsky also being on his way out of the competition.

Sadio Mane would be the perfect appointment for this cause. An offer of around 35 million euros might be on the horizon for the African sensation.

Having just achieved national glory for his nation by winning the Africa Cup of Nations with Senegal and winning a domestic double with Liverpool this season, Mane is in optimal form and would be leaving the Premier League on a high.

To replace someone who has been so influential on the right and left flanks and even in the center of Liverpool’s attacking third for so long is going to be near-possible for the reds.

If there is no extension on the cards for Mane and his camp, leaving right now would be preferred rather than waiting another year for his contract to run out.

Experiencing the intensity of German football would be an entirely new thrill for Mane and it would be really exciting for all football fans to see how he adapted to the Allianz Arena. Proving himself in different leagues would add another layer of flair to his already well-established stature as a footballer.

A Liverpool legend who ran riot in supposedly the most difficult league in the world for 6 straight seasons winning numerous trophies along the way including a Champions League title and Premier League title to his name.

Producing some of the most memorable moments for the Liverpool fans and staying with them in the highs and lows.

A player, so talented and successful yet so humble. Arrived on the shores of England as a shy young man with a passion for playing inspiring football and now leaves as a veteran of the modern game. A verbal agreement on personal terms seems to have been reached between Mane and the Bavarians.

Although Liverpool hasn’t accepted any of the offers by Bayern if this move does happen Sadio Mane will always remain in the history of English football as one of the most admired figures, both on and off the field.