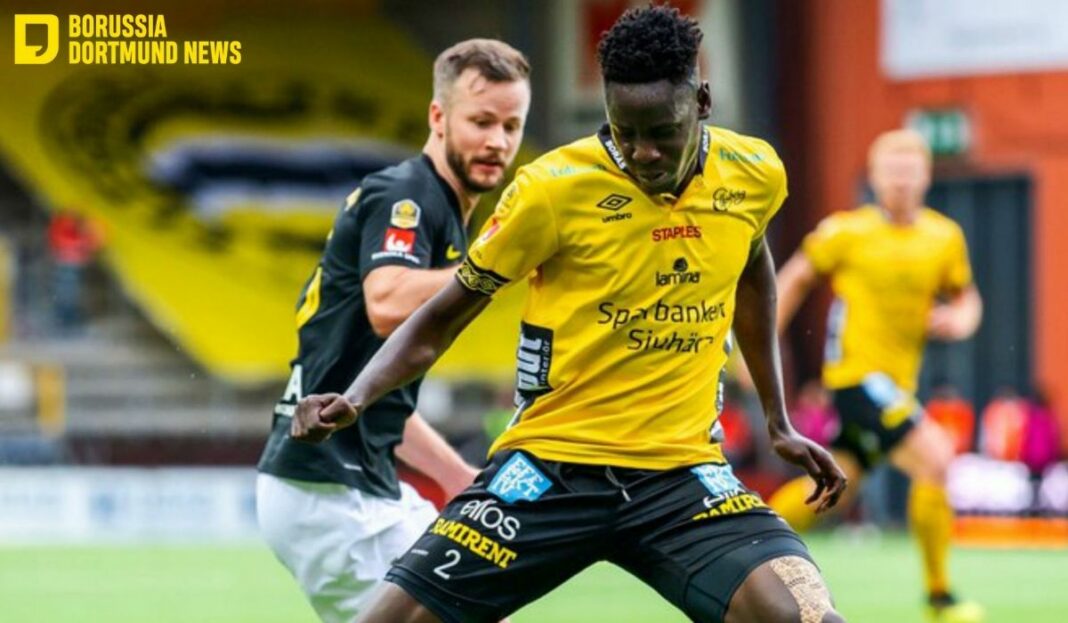 Gent defender Joseph Okumu has attracted the attention of Arsenal and Borussia Dortmund.

Despite the fact that the 25-year-old only joined Gent last year, his remarkable performances this season have attracted the curiosity of teams all across Europe.

He has come a long way in his career since he was just a few years ago playing in the American third tier.

The Kenyan defender is wanted by Arsenal, Borussia Dortmund, and Celtic.

A transfer to Arsenal may not be the greatest choice for the 25-year-development.

“However, Borussia Dortmund, a German club, is the first to make an official inquiry about the central defender, who is open to a move if a suitable arrangement can be struck.”

Okumu’s contract with Gent expires in a little over three years.

Gabriel, Rob Holding, Ben White, and William Saliba are the Gunners’ first-team defensive options. Okumu may find himself warming the bench and playing very little football unless one or two are set to be sold.

Mikel Arteta will be forced to rotate his players more frequently next season as a result of the introduction of European competition, which will result in a more crowded fixture calendar.

Borussia Dortmund is in a similar situation, having already signed Niklas Sule and Nico Schlotterbeck for next season. Okumu may struggle for playing time with the German club, so establishing himself at Celtic might be the best choice for him.

Joseph Stanley Okumu is a Kenyan footballer who plays as a defender for Gent in Belgium and for the Kenyan national team.

He earned his senior international debut in 2016 after spending time with Kenya’s under-21 and under-23 squads.

During the 2018 season, he made eight league appearances. Okumu joined the Real Monarchs of the USL Championship on August 16, 2018.

Okumu joined IF Elfsborg of the Swedish Allsvenskan for an unknown amount on August 28, 2019.

Okumu spent two years at Elfsborg in Sweden before joining Gent in the summer of 2021. Johan Larsson, the club’s captain, compared the Kenyan to Virgil van Dijk — if you haven’t heard of him, he’s a big defender who used to play for Celtic.

Okumu, who only joined Gent last summer, has already established himself as a superb player. His worth has risen, and he appears to be on the verge of a major transfer this summer.

Arsenal coach Mikel Arteta is said to regard the versatile 25-year-old as a midfielder in his plans and is expected to inquire about a possible move to the Emirates.

Zinchenko is reported to have stated that he wants to stay at City and battle for his role, but his excellent friendship with Arteta was established while the Spaniard was an assistant manager at City, and he may see him open to a transfer to north London.