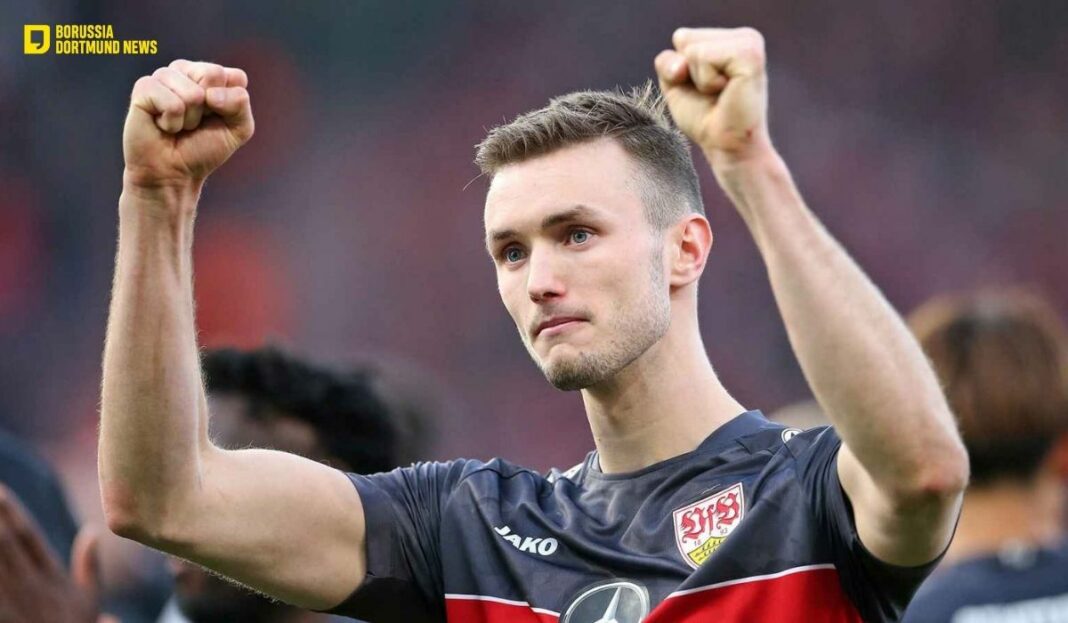 Following the departure of Erling Haaland to Manchester City, Borussia Dortmund is looking for a new striker. VfB Stuttgart striker Sasa Kalajdžić is being considered a genuine candidate for the post.

In recent weeks, Kalajdžić has been extensively connected with a move to Bayern Munich, and he even met with the Bundesliga champions last week.

However, the 24-year-old would rather join Borussia Dortmund than Bayern Munich. This is apparently because he believes he has a better chance of starting regularly in Dortmund.

Unlike former coach Marco Rose, Borussia Dortmund’s new coach Edin Terzic can envision having the towering attacker as part of his system, according to the tabloid (who is said to have had doubts about him).

Kalajdžić’s transfer would reportedly cost roughly 25 million euros, making him a less expensive option than Sébastian Haller. The Ajax striker is thought to be Borussia Dortmund’s top target to replace Haaland, but the Dutch giants are demanding 35 million euros in exchange.

Other teams are also interested in signing Kalajdžić, who has had 24 goals in 57 games for Stuttgart since coming in 2019. The Austrian international’s current deal is up in a year.

The Rekordmeister’s interest in the 24-year-old Austrian attacker was revealed by both Bild and the kicker. Both newspapers indicated that the club and his agency, SPOCS Global Sports, had already met.

Kalajdžić is unlikely to arrive on his own; the team is reportedly considering bringing Sadio Mané from Liverpool.

On Wednesday, Kalajdžić’s agent was seen at the Rekordmeister’s headquarters on the Säbener Straße, and Transfermarkt knows that the talks went well. Although no contract has been reached, a source close to the matter informed TM that conversations have been fruitful and that Kalajdžić is a real alternative for Bayern.

Mané, like current Bayern Munich attacker Serge Gnabry, is represented by the same agency (ROOF). Although Mané can play all three attacking roles in Jürgen Klopp’s 4-3-3 at Liverpool, the 30-year-old Senegalese forward would not be a direct Lewandowski replacement. Mané has 22 goals and five assists in 49 games for Liverpool.

Kalajdžić regularly leads the line for VfB Stuttgart, finishing the season as the Bundesliga’s sixth-best scorer with 16 goals and helping his club to a ninth-place finish.

Kalajdžić scored the game-winning goal in Stuttgart’s 3–2 triumph over Borussia Mönchengladbach on matchday 25 the following season.

On the final matchday of the season, Kalajdi scored the first of Stuttgart’s goals in a 2–1 win over 1. FC Köln.

Stuttgart’s place in the Bundesliga for the 2022–23 season has been secured.

Kalajdžić made his Austrian debut against Romania in the Nations League on October 14, 2020. In the 90th minute, he came on as a substitute for Michael Gregoritsch.

During the 2022 FIFA World Cup qualification, he scored his first two international goals in a 2–2 away tie with Scotland on March 25, 2021. Kalajdžić was named to the Euro 2020 squad, where he scored a goal in a 2–1 extra-time loss to Italy in the Round of 16.