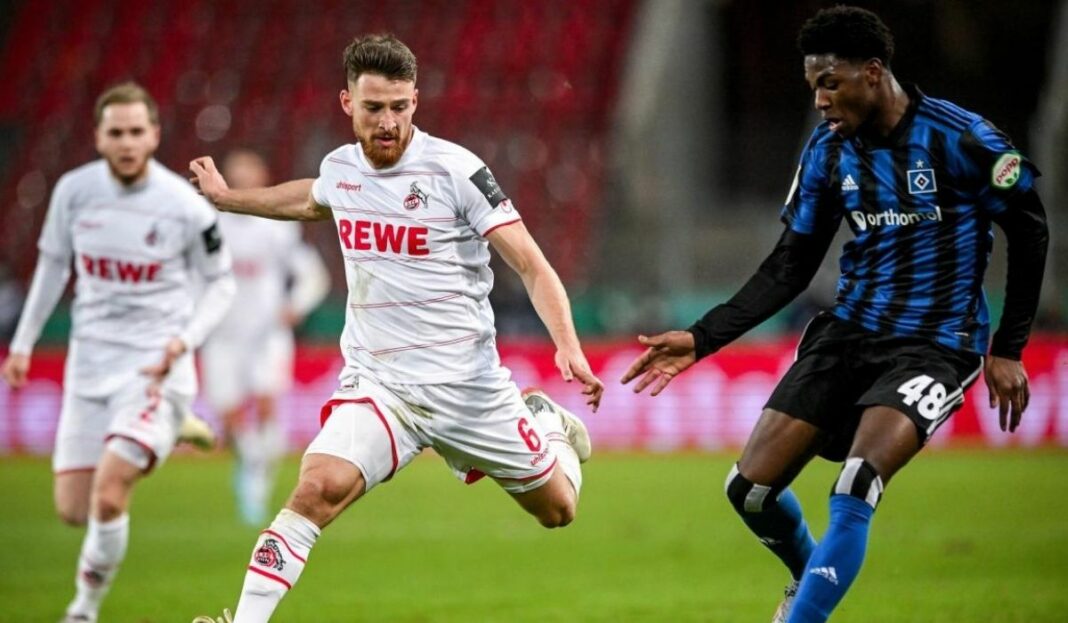 Salih Özcan, who joined Borussia Dortmund from FC Köln, is determined to introduce a new level of aggression to the middle.

Borussia Dortmund is still active in the transfer market following the end of the Bundesliga season, having announced their fourth signing: Salih Özcan. The Turkish international began his football career at FC Köln, where he began in 2007.

Salih Özcan had no qualms about joining Die Schwarzgelben, stating that Dortmund was his first choice in terms of a move away from Köln: “It was also a wish from my side, my number one favorite, to play here when I initially heard BVB were interested,” Salih Özcan stated.

As reasons for wanting to come to Dortmund, Salih Özcan cited the club’s traditional nature as well as its goals to not just play Champions League football but to progress as far as possible in the competition. He also voiced his excitement at the idea of playing for the “Gelbe wand” rather than against them, which had an effect on the player every time he visited the Westfalenstadion with FC Köln.

Özcan is a defensive midfielder by trade and will bring that to Borussia Dortmund. He’ll be in charge of providing much-needed toughness in front of the overhauled defense.

Özcan had 2.84 interceptions per 90 minutes last season with Köln, which can help Dortmund recover the ball next season with him screening the defense. Furthermore, with 2.61 aerial duels won every 90 minutes played, Özcan stands out.

The overall defensive style of Özcan will make the opposition’s midfield a significantly less appealing possibility. Özcan  describes himself as “a fighter who sometimes goes where it hurts” in his own words:

“I constantly want to give everything for the club, for success, and I believe that’s what distinguishes me because I occasionally injure opponents and show them where their limitations are.”

With this fighting mentality, one can only hope that Özcan’s presence in midfield will be just what Dortmund needs to further fortify their defensive side. Özcan is eager to get started with his new team and will give his all to help Dortmund succeed:

“Right now, I’m just looking forward to getting back in shape and showing the fans what I’m capable of.”

Özcan is well aware that he has joined a club with substantially larger expectations than his previous club in Köln, and he is eager to compete with Die Schwarzgelben on all fronts.

Özcan may not be a “star signing” with a big name, but if he lives up to his potential, he might play a huge role in Dortmund’s future success in the coming seasons, since he epitomizes a spirit and hunger that hasn’t been as evident as fans would have liked, at least over the last season. It’s a characteristic of Dortmund’s style that has come to be anticipated from a team recognized for its energy and verve on and off the field.

Salih Özcan is a professional footballer who plays as a midfielder for Bundesliga team 1. FC Köln, was born on January 11, 1998.

At the start of the 2022–23 season, he will join Borussia Dortmund. He was born in Germany and currently plays for the Turkish national team.

Despite rumors of a probable transfer, Köln announced on June 29, 2021, that Özcan has signed a new two-year contract with the club.

On May 23, 2022, it was announced that Özcan will join Borussia Dortmund for the 2022–23 season, signing a contract that would last until 2026. The transfer fee was projected to be €5 million by the German sports magazine Kicker.

Edin Terzic Is Reinstated As Head Coach Of Borussia Dortmund