Edin Terzic Is Reinstated As Head Coach Of Borussia Dortmund 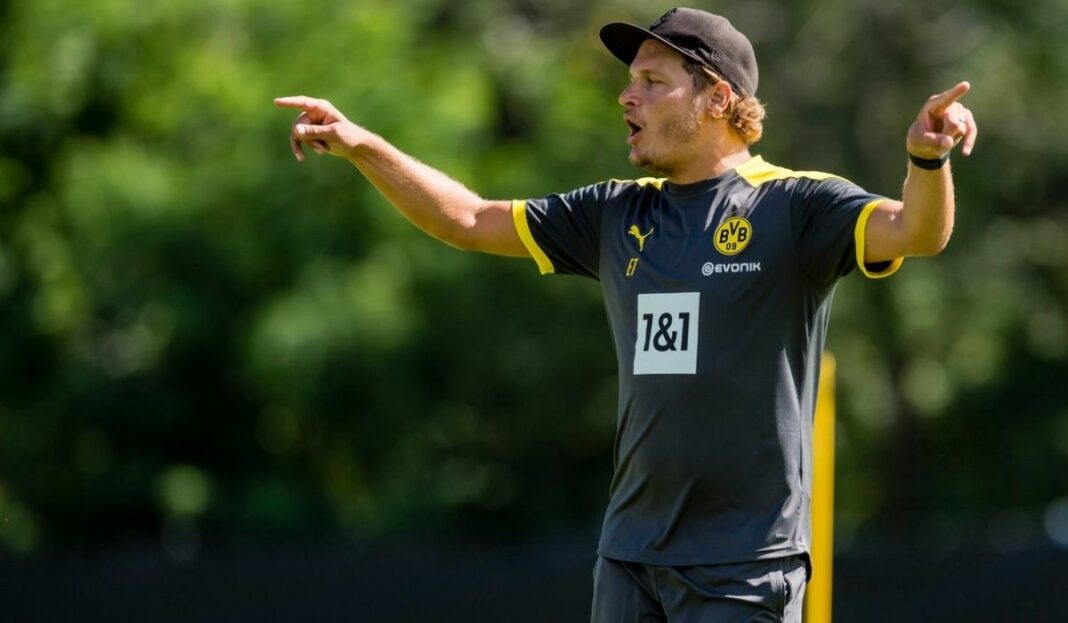 Borussia Dortmund’s new permanent coach is former interim coach EdinTerzic. The German-Croatian coach-led Dortmund to the German Cup in 2021, and he replaces MarcoRose on a contract that runs until 2025.

Following the departure of Marco Rose, Borussia Dortmund has appointed Edin Terzic as their head coach until 2025, the Bundesliga club announced on Monday.

Terzic was promoted from assistant coach to interim head coach of Dortmund from December 2020 to May 2021 after Lucien Favre was fired — and led the club to German Cup glory in his final game.

Terzic served as Dortmund’s interim manager from December 2020 to May 2021, during which time the team won the German Cup.

The 39-year-old was Lucien Favre’s assistant in 2018 and, after Favre was fired, took over on a temporary basis until the end of the 2020-21 season before becoming the club’s technical director.

Terzic became the club’s technical director after Rose was hired from Borussia Mönchengladbach in mid-2021 — but Terzic has now been given another shot at the top job following Rose’s departure by mutual consent last week.

“By now, everyone should understand how important BVB is in my life,” Terzic explained. “Every day, we will give everything for the club’s success.”

‘Edin is familiar with our club.’

Dortmund finished the Bundesliga eight points behind champions Bayern Munich, but it was Dortmund’s performances in Cup competitions — elimination from the Champions League group stage, defeat by Rangers in the Europa League, and a shock defeat by St Pauli in the German Cup — that ultimately cost Rose his job and forced Dortmund to turn to Terzic.

Rose, who joined Dortmund from Borussia Moenchengladbach in 2021, left by mutual consent last week after the club finished the Bundesliga season in second place, eight points behind champions Bayern Munich.

Dortmund dropped to the Europa League after finishing third in their Champions League group before being eliminated by Rangers, and they were eliminated from the DFB-Pokal in January by second-tier St Pauli.

“We had several intensive discussions with Edin Terzic last weekend and are convinced that this personnel decision is the right one for BVB,” sporting director Sebastian Kehl said.

“Edin is familiar with our club, the environment, a large part of the team, and the areas we would like to improve in order to provide successful football to our fans. The 2022/23 season marks a new beginning in sports “He continued.

On Monday, Dortmund announced their fourth signing of the close season: Salih Özcan from Cologne. The 24-year-old defensive midfielder joins the club alongside Niklas Süle, Nico Schlotterbeck, and Karim Adeyemi, who are reinvesting in their squad following the high-profile departure of Erling Haaland to Manchester City.

Furthermore, AC Milan won the Serie A title over Inter Milan, but the biggest stories were Manchester City’s dramatic comeback to beat Liverpool to the Premier League title – their fourth in five seasons – and the end of the Kylian Mbappe saga, with the PSG star committing to Paris over Real Madrid, and Erik ten Hag confirms his desire to include Cristiano Ronaldo in Manchester United’s plans.