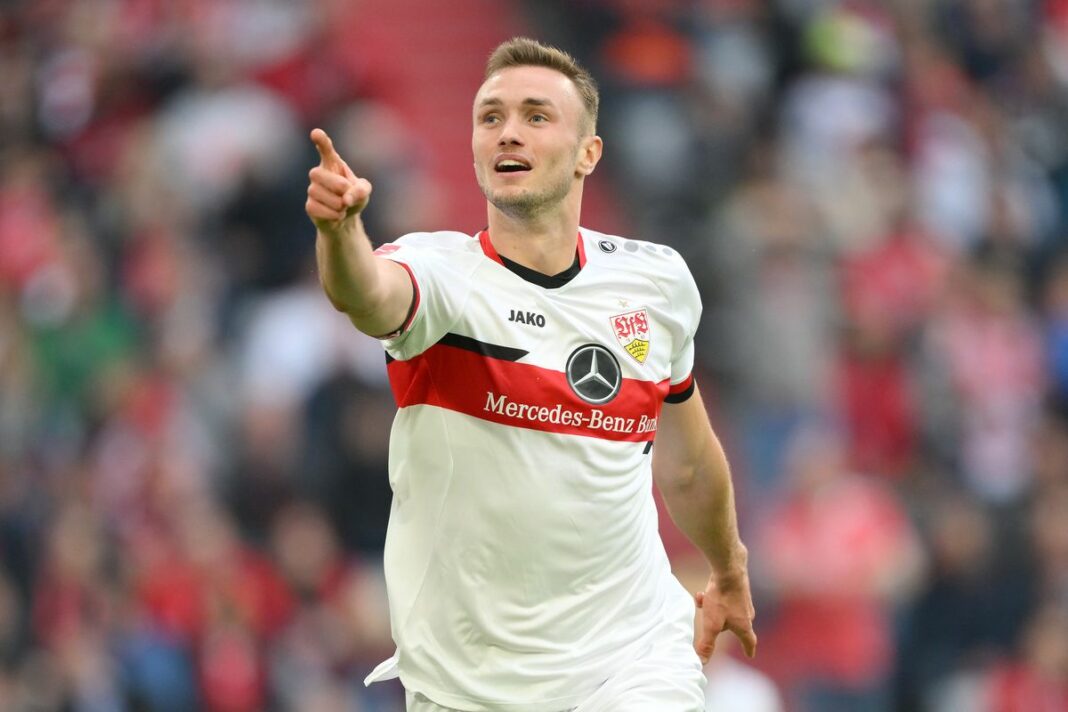 Sasa Kalajdic is an Austrian professional footballer who plays forward for VfB Stuttgart in the Bundesliga and for the national team of Austria.

After a disastrous 2021/22 season, the focus is already shifting to next season, with Erik ten Hag starting work at United informally this week.

Ralf Rangnick will take charge of United’s final match of the season, against Crystal Palace, on Sunday, before a new era at the club begins.

We have the facts on Kalajdzic, assess what he’d offer to the team, and rounded up the latest reports concerning his future at Old Trafford.

Standing at six foot seven inches, Kalajdzic is a big striker with a keen eye for a goal. The Austrian striker has 24 goals in 57 games for Stuttgart, but it appears like the German club may have to sell one of its finest assets.

“It would be amazing if we can maintain Sasa as a player and guy in our club,” said Stuttgart coach Sven Mislintat. This, however, is not very likely in my opinion.”

Due to rising financial difficulties, Stuttgart must sell players, thus now could be the ideal time for a team to sign the 24-year-old.

Manchester United is one of the clubs hoping to take advantage of Stuttgart’s financial predicament, according to Sky Germany, and they consider Kalajdzic as an excellent competition for Cristiano Ronaldo.

Is A Striker Needed For Manchester United This Summer?

Despite Ronaldo’s fantastic success this season, Manchester United still want options upfront as they prepare for the new season under Erik ten Hag. Given that the Portuguese striker is towards the end of his career, adding another alternative who can develop and learn from one of the best in the world while also providing Ten Hag with a rotational option up top could be a wise move.

Further, The attacker is more of a classic center-forward at 6ft 6in than a quick poacher who plays on the last defender’s shoulder.

Zlatan Ibrahimovic, Mario Gomez, and even Peter Crouch have been compared to Kalajdzic’s style.

With his contract set to expire in 2023, Kalajdzic might be available for as little as £17 million, according to some rumors.

What Is Sasa Kalajdzic’s Background?

Kalajdzic was born in Vienna on July 7, 1997, and is of Bosnian-Serb heritage.

The highly coveted forward began his career with Admira Wacker in Austria, where he spent two seasons in the main squad before joining Stuttgart in 2019.