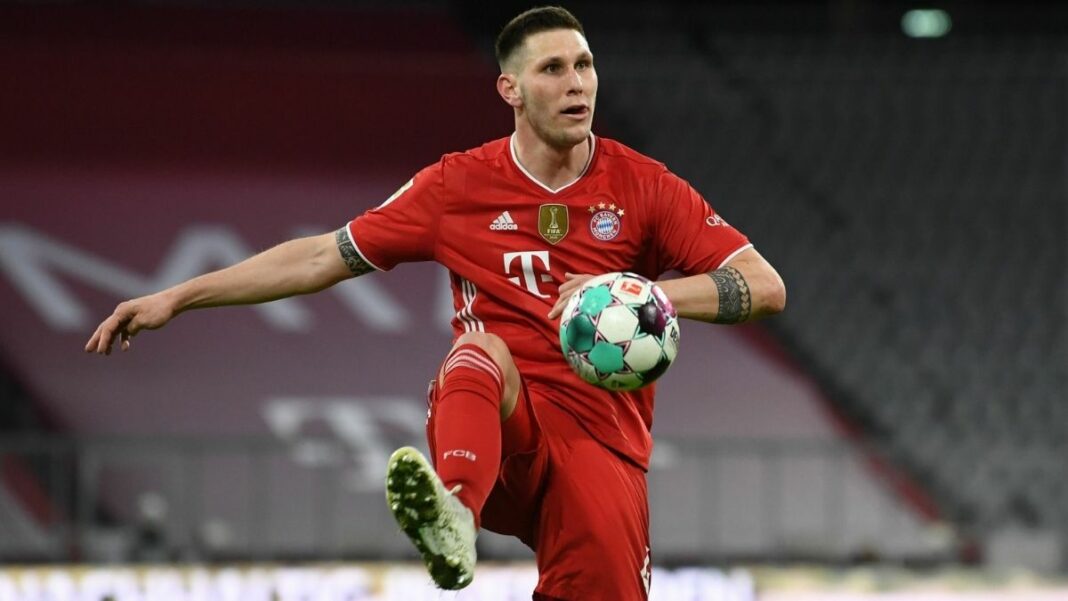 Things were started about me that didn’t add up, Niklas Sule accuses Bayern Munich manager Julian Nagelsmann of telling lies after the defender was accused of refusing to join the Wolfsburg matchday squad ahead of his transfer to rivals Borussia Dortmund.

Sule is leaving Bayern this summer, and the club and fans gave him a fitting send-off ahead of the club’s final home game of the season against Stuttgart earlier this month.

The center-back, however, was left out of the squad for the final day of the season’s trip to Wolfsburg, with Nagelsmann explaining that the player had rejected to attend the trip.

‘We asked Niki if he still wanted to come with us,’ Bayern coach stated when questioned about Sule’s absence. Then he replied no, most likely not because he hadn’t anticipated it. That’s why we decided to leave him at home.’

Sule, on the other hand, was enraged by his head coach’s response and has since attempted to explain his side of the tale.

‘That is incorrect. Last weekend, things were stated about me that didn’t make up,’ Sule explained.

‘You know, Julian Nagelsmann asked me last Thursday whether it was okay if I didn’t play against Wolfsburg.’ He intended to reward young Bayern players by allowing them to go first next season. As a result, there is no room in the team for me.

‘I accepted it since I was aware of the situation.’ So that was a choice made by the coaching staff, who didn’t want me in the squad for understandable reasons.

‘On Friday, shortly before departure, when Marcel Sabitzer was hurt, one of our assistant coaches said I could come along if I wanted to. But it’s fine if you don’t. That was the narrative.’

Nagelsmann’s assertion to the entire team that the 26-year-old was blameless for the entire scenario irritated Sule even more, he said, only to go back on his word publicly.

‘Julian Nagelsmann said in front of the entire team before the title celebration on Sunday that I hadn’t done anything wrong and that he was sorry for what was being done to me with this tale,’ he added.

‘Everyone on the team and in the surrounding area knows I would never let them down.’

After agreeing to a free transfer, the Germany international will join Dortmund this summer. Since joining Bayern from Hoffenheim in 2017, he has made 170 appearances for the Bundesliga giants.

Niklas Süle will make his debut for Borussia Dortmund on July 1, and he is eager to get started. The defender has big aspirations for himself and his new team. And he believes the Black and Yellows have what it takes to beat Bayern Munich and win the Bundesliga title next season.

Süle’s signing checks many of the boxes for the type of player the club requires: a powerful, intelligent, and quick center-back who can make the difference in suffocating the club’s defensive difficulties, which have plagued them for years.

Furthermore, because of the player’s profile, it is a signing that demonstrates intent. Süle is far from being a child. Süle, who is 26 years old, is well into his prime and has won every trophy imaginable with Bayern.