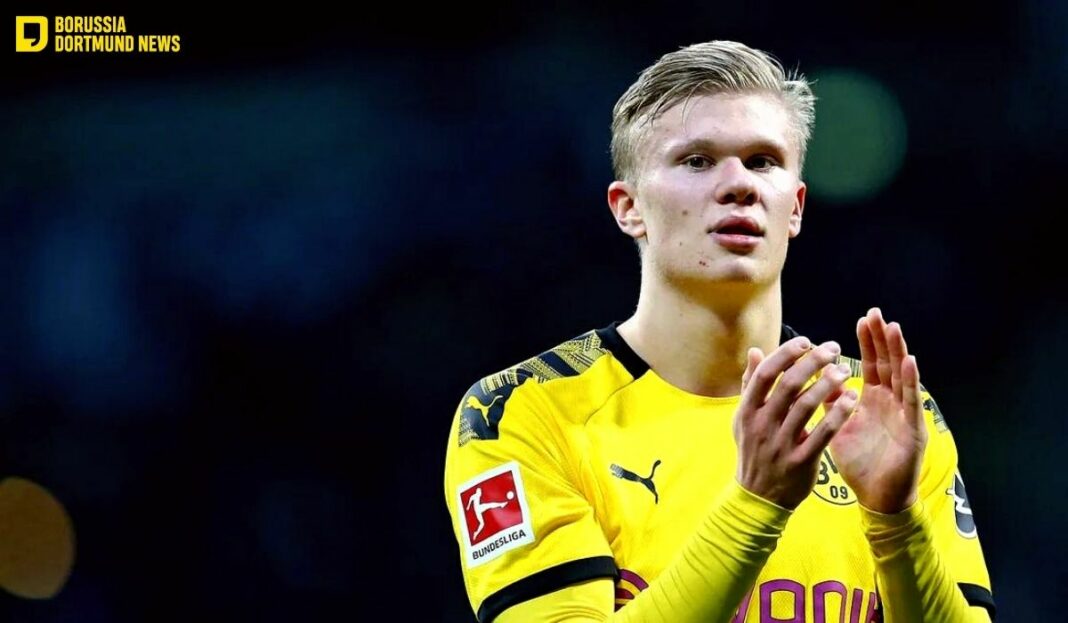 With Erling Haaland’s transfer to Manchester City being complete, Borussia Dortmund is faced with the chore of finding the next big thing, something they’re all too acquainted with.

Dortmund has already made significant progress in attempting to compensate for the departure of their prolific Norwegian striker.

Following the signings of Nico Schlotterbeck and Niklas Süle on the defensive side, Karim Adeyemi, a young German international, was confirmed as BVB’s third acquisition.

Adeyemi joins Die Schwarzgelben on a five-year contract until 2027, following in the footsteps of Haaland. Unlike Haaland’s contract, the players’ contract does not have a release provision.

The club, on the other hand, does not regard the 20-year-old as a clear replacement for Haaland. Indeed, the player has stated that he is not the same as the Manchester City-bound Norwegian goal machine.

The club is considering bringing in a No. 9 to assist lead the line and relieve some of the strain on the German international. Over-reliance on a single player (i.e. Haaland) has already been a symptom of Dortmund’s problems, therefore the club appears to want to diversify their goal-scoring alternatives even more for the upcoming season, which is understandable.

In the aftermath of Haaland’s resignation, a slew of names have surfaced, the most famous of which are Sebastian Haller, Hugo Ekitike, Adam Hložek,  and Benjamin Šeško.

Each player named has a profile that makes them the types of contenders one would expect Dortmund to pursue, but the club will have to be selective in determining which one is the best fit to help lead the line next season.

About Each of them In Detail:

Sébastien Haller is said to be at the top of Dortmund’s shortlist. The Ajax striker has been heavily linked with a move to Dortmund and would be the only player on this list who is still at his peak.

Haller’s move to Dortmund, at the age of 27, could be his final “major” move, cementing him as a focal point in Dortmund’s assault for some time if his performances are deemed satisfactory.

Hugo Ekitike is a Reims player who has made a name for himself this season. The young Frenchman has scored nine goals and provided three assists in 23 appearances for his team.

Ekitike’s dynamism, movement, and general positioning have been praised by many who have followed his growth. The player does a fantastic job of positioning himself in places where a through ball or cross can find him. Once he’s been set free by his teammates, he has the speed to make it difficult for opposing defenders to keep up with him.

To begin with, it’s crucial to note that Hložek isn’t your normal number 9, which means he won’t be a direct replacement for Haaland. The Czech international can play as a striker or a winger, making him a considerably more versatile front-line option than the Norwegian. He shares some parallels with Haaland in that his game is physically demanding.

Benjamin Šeško appears to be in the same bracket as Hugo Ekitike among the Dortmund players linked so far. Šeško has made more appearances than Ekitike this season, having appeared in 36 games in all competitions. He has 11 goals and seven assists in those games, which is an impressive total for a player of his age.

Šeško’s style of play is built on strength, pace, and potent scoring ability, earning him parallels to Erling Haaland, the player he would be replacing at Dortmund. He is big, strong, and capable of scoring from a number of positions, similar to the Norwegian international, making him a very unpredictable striker.

Overall, Dortmund’s targets are representative of the type of player that one may expect the club to pursue — young, talented, and with a strong potential to become future stars.

Sebastian Kehl and his team will have to decide if they want to continue recruiting young and promising players or go with a more experienced player who has already shown himself in the Bundesliga but has also shown inconsistency in the past.