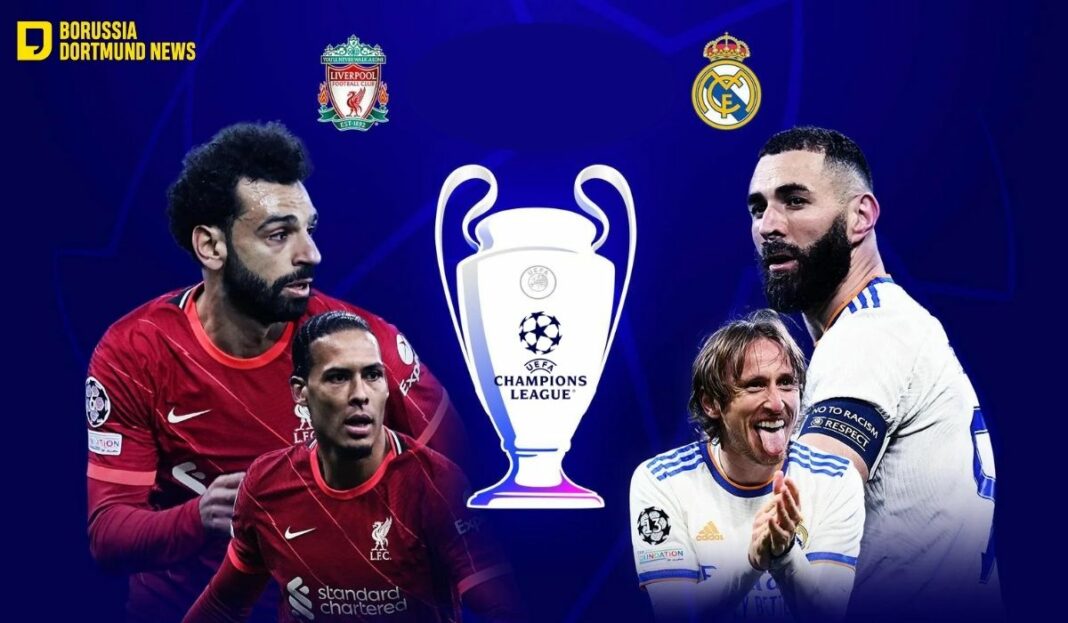 The Finals of the Champions League are approaching fast, and the two giants of the football world will be locshowdown king horns at Stade de France this Saturday to claim the coveted title of champion’s league winner. Liverpool and Real Madrid will be engaging in the final tussle. While the engagement itself will be a feast for the eyes, the betting world is already blazing with hopes for the coming champions league final Liverpool Vs Real Madrid Final odds and predictions, who will win the title? If we trust the sentiments, Real Madrid is currently the favorite, with the majority of bettors backing the Whites.

The coming Saturday will be imploding with action, with fans gearing up for their favorite team. And the excitement is all but natural because two of the most renowned names in the soccer world, Liverpool and Real Madrid, will be in the middle, fighting to claim the biggest soccer event of the year.

While fans will route firmly for their team, who are bettors picking up a winner?

If you trust (and many do) the Champions League Final odds, Real Madrid is currently the hot favorite and occupies the top spot with sizable betting odds in favor of the Whites.

Liverpool started strong and breezed through the championship to confirm a seat in the final; Real Madrid, on the other hand, was off to a lousy start. Few of the matches were a complete disappointment. However, they soon mended the way and made a miraculous comeback, defeating PSG, Chelsea, and Manchester City down the line to arrive at the party.

The unprecedented comeback is working in favor of Real Madrid, and bettors are indeed hoping that Real Madrid will continue its winning streak in the final.

The European title event has its fair share of unforgettable moments; many dreams shattered, heartbroken, unpredictable wins, and several striking performances to stay relevant in the league. Let’s see how the two finalists tread the way to the finals.

Real Madrid – A bit of Luck, Some Real Performance, And a few Brilliant Strikes at the right time Put Them in the Final

Frankly, it’s even surprising to see Real Madrid in the final. Indeed, the Spanish club wasn’t expected to reach this far, and things were looking grim initially.

Although Real Madrid defeated PSG and Chelsea, the Sky blues gave them a real challenge. At one time, things appeared to be over for the Whites when Carlo Ancelotti’s team found itself lagging behind 4-3 in the first leg.

But thanks to Rodrygo’s last-second brace, Real Madrid was able to snatch extra time, and a brilliant goal from Karim Benzema sealed the deal for the Spanish club.

Now, the Whites will undoubtedly be aiming for their 14th Champions League title, and it appears to be more structured and balanced than it seemed at the beginning of the event. The team appears to find its way through challenging situations, and their grit could shatter the dream for the Reds, with Liverpool paying the price in the final.

Liverpool – Uneventful Journey with not much resistance

The group led by Jurgen Klopp had a relatively easier run to the final in Paris. The Reds managed to dispose of Inter Milan, Benfica Lisbon, and Villarreal CF to join the Stade de France.

The semifinal was a real challenge for the Reds where they were up against Villarreal. Till the break of the second leg, both the teams were at even ground, and the tie was tied.

However, Luis Díaz tipped the balance for Liverpool with back-to-back goals, and Liverpool came out with a comfortable 5-2 aggregate win. Now, it’s up against a team sometimes referred to as the king of Europe.

Liverpool will be expecting Salah and Mané to pour their best in the game if they wish to check the unprecedented run of Real Madrid in the league and crush them in the final.

From or above discussion, it’s evident that Real Madrid had a hard time initially in the league, the magic was missing, and the things weren’t working out. But they gather themselves up, and a few miracles down the way put them in the finals. And the Champions League betting odds are also aligning perfectly for the Whites.

The odds for the champions league final sit at +110 for Real Madrid, which allows them to surpass their rival in betting odds and come out as the more favored team. Although it might surprise some, given the recent performance of Liverpool, the odds for the Reds are around +260, which gives them only a 27.8% chance of winning the European title.

It won’t be an exaggeration to say that the recent trends only aligned with Real Madrid following the unexpected win in the Semifinals.

Who will win the Champions League Final?

One might emphasize the shaky performance of Real Madrid, in the beginning, to support Liverpool as having the better claim. However, the miraculous comeback of the Whites is something that can’t be ignored.

Also, mentally Madrid is more mature and astute. They are multiple-time winners and have shown a burst of quality this year against PSG, City, and Chelsea.

Besides, Thiago is injured, and Fabinho is not 100%, so Liverpool’s midfield seems inferior to Madrid. On top of that, TAA is slow in pace, and he will be fielded against a much faster opponent Vini Jr, which will undoubtedly influence the Liverpool game.

Talking about performance, Karim Benzema seems to be in the best moment of his career and promptly responds whenever his team needs him. Add to this the support of Vinícius Júnior, Luka Modric, and Toni Kroos, and the attack becomes very powerful.

Given their blazing run in the league, one can’t rule out Liverpool altogether, but the challenge is formidable. Therefore, gear up for fireworks on the pitch this Saturday as the two teams face each other in the Champions League final.