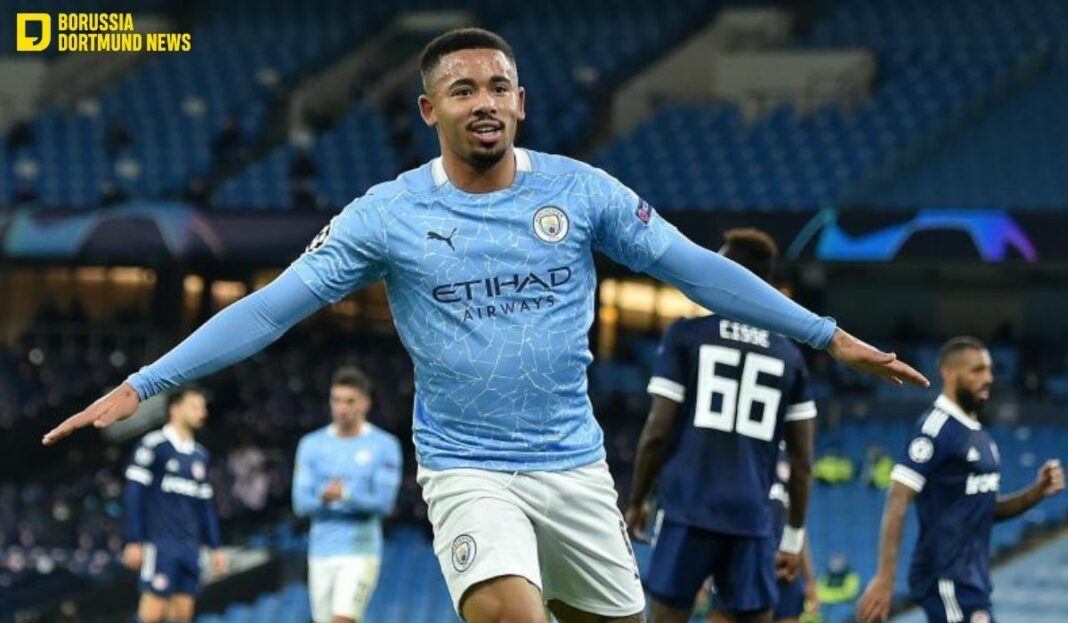 Brazilian football player Gabriel Jesus is expected to leave Manchester City by summer and hence Manchester is trying to persuade him to stay. They are trying their best to make him sign a long-term deal with Manchester.

On the other hand, the Premier League champions are pushing hard to get the talks to a conclusion regarding the transfer of players. Manchester City has already made it clear to Gabriel Jesus, Raheem Sterling, and Riyad Mahrez that they are looking forward to selling them this summer rather than allowing them to leave the club on a free transfer basis.

The 25-year-old player Gabriel Jesus has been one of the most important players in the Manchester City Team on whom the entire team can depend on. He came up with trumps against the opposing team during the latter stage of the match.  He scored give important goals in six games of Manchester City’s Premier League Season.

Apart from this, Pep Guardiola is one of the most committed to ensuring that Gabriel Jesus stays in the team and his contract gets extended. Apart from Gabriel Jesus, Raheem Sterling and Riyad Mahrez’s deal will also run out by next year.  Gabriel Jesus’s teamwork, his efforts to win the game, and his performance in the previous matches are making him one of the most important players for the Manchester City team.

This is the reason why the city club Is trying to persuade him to stay with them and extend the contract.  Arsenal continues to talk as they want to land Gabriel Jesus from Manchester city to their team with a new contract.

Born in the year 1997 Gabriel Fernando De Jesus is a Brazilian Footballer who is well known for his winning performances. As of now, he is playing for Manchester City and the Brazilian National team. Gabriel Came to England along with his mother, older brother, and two friends.

He hails from a very religious family and he wears a T-shirt with the number 33 which signifies the age when Jesus is said to be crucified.  From 2013 to 2015 he played for the Palmeiras which was the start of his career.

Since the year 2017, he has been playing for the Manchester City team with whom his contract will be ending this summer. He has also played for the Brazil U20, and U23 teams and for the Brazilian National football team.