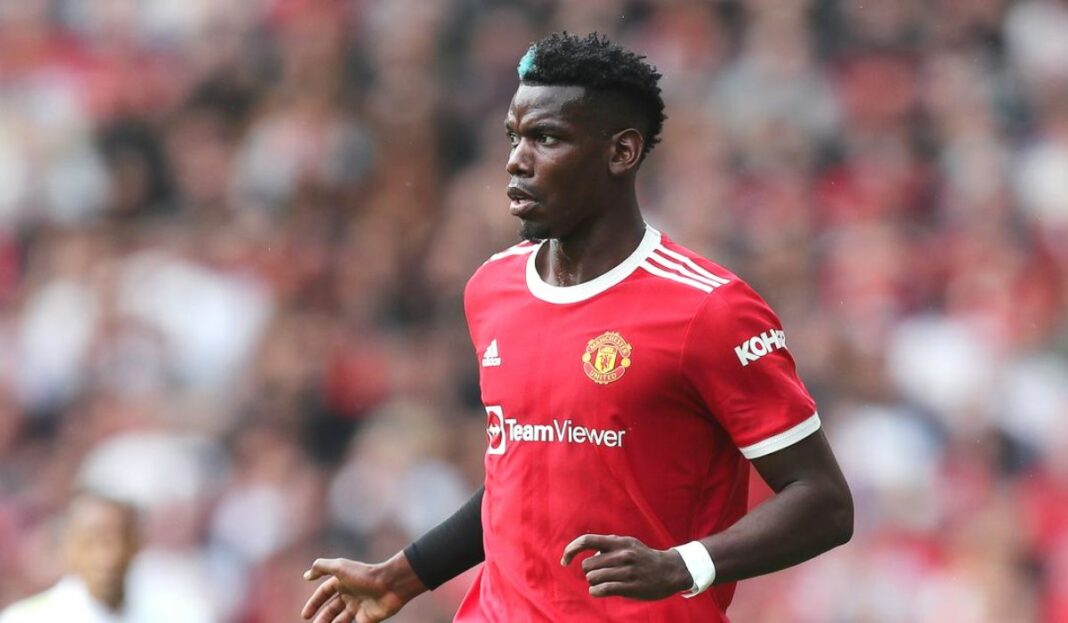 For the second time in his career, Paul Pogba is expected to join Juventus on a free transfer from Manchester United.

The French midfielder joined the Italian club after failing to reach an agreement with United in 2012.

The France international turned down Manchester City‘s proposal and is set to return to the club where he played four seasons between 2012 and 2016. It means Juventus would have signed him twice for free following his departures from United, and then sold him back to United for £93.2 million in the meantime.

Paul Labile Pogba is a French professional footballer who currently plays in the Premier League for Manchester United and France. He is often used as a midfielder, but can also play as a left-winger, attacking midfielder, defensive midfielder, or deep playmaker.

He is widely recognized as one of the world’s top midfielders.

After starting his professional career at Manchester United two years later, he left on a free transfer in 2012 to join Juventus in Italy, where he helped the team win four straight Serie A titles, as well as two Coppa Italia and two Supercoppa Italiana trophies.

Pogba distinguished himself as one of the most promising young players in the world during his time in Italy, winning the Golden Boy award in 2013 and the Bravo Award in 2014.

After guiding Juventus to win their first UEFA Champions League Final in 12 years, Pogba was nominated to the 2015 UEFA Team of the Year and the 2015 FIFA FIFPro World XI in 2016.

Pogba’s achievements at Juventus prompted him to return to Manchester United in 2016 for a then-world-record €105 million transfer price. Until 2021, this was the largest price ever paid by an English club. He won the League Cup and the Europa League in his first season back.

Pogba returned to Old Trafford for a world-record £89 million price after four years and 178 appearances.

The 29-year-old won the Europa League and League Cup in his first season back but was only able to contribute for the Red Devils in spurts, despite continuously shining for France on the international scene.

Pogba’s contract ended after a rough season in 2021-22, leaving him a free agent this summer. And according to many sources, he will return to Juventus. In a new Amazon Prime video, Paul Pogba criticized Manchester United and explained why he chose to stay at Old Trafford.

Pogba will be looking to build on his previous success at Juventus. The Frenchman won four Serie A championships and two Italian Cups during his four years in Turin, and he helped the Old Lady reach the Champions League final in 14/15. Pogba started earlier this month that his next club should make him “feel appreciated.”

“Juventus are nearing on final details for Paul Pogba’s transfer,” Fabrizio Romano said on Twitter on Tuesday. A contract for €8 million net per season including add-ons is close to being finalized. It’s only a matter of finishing touches. Pogba is expected to complete a deal for his return to Juventus very shortly.”

“Paul Pogba will sign a contract with Juventus at the start of July, and the club’s expectations are now apparent.” Final details are being worked out, but a verbal agreement for his return has been reached. Man City approached Pogba a month ago, but he declined.”

Pogba won the Best Player title for his achievements in the 2013 FIFA U-20 World Cup when he guided France to victory. Truly his return to the Juventus will definitely be worthy to witness!

“I simply want the best for myself,” he remarked. I’m contemplating, putting everything together, taking my time, and just seeking the best; I want to play football, be myself at all times, and love what I do.

“If I don’t appreciate what I’m doing, I won’t be able to accomplish my job successfully.” I don’t want to dwell on the negative. We can lose games and trophies, but what I’m looking for is for you to be happy and enjoy yourself.

“Everyone wants to be loved, and everyone needs to be valued in their spirit.”Manchester United announced his departure at the beginning of the month.

“Everyone at the club would like to congratulate Paul on his remarkable career, and thank him for his efforts to Manchester United,” the club said in a statement.

“We wish him all the best as he continues on this incredible path.”

In his second time at Old Trafford, Pogba made 226 appearances, although injury troubles have hampered him in recent seasons. Due to hamstring and calf injuries, he only played in 27 games last season. While United has wished Pogba well, the World Cup champion has not reciprocated his affections for the club.

“My mind process is to prove to Manchester United that they made a mistake in delaying to grant me a contract,” Pogba says in his recent documentary.

“And to prove to other teams that Manchester had made a mistake by not signing me.” United was keen to keep the player last summer, and it is said that two offers were made.

Bayern Munich Has Completed The Signing Of Ryan Gravenberch

Konrad Laimer Has A Hefty Release Clause In His Contract

“Paul is dissatisfied with Man United because he is no longer able to express himself in the way that he would want and as he is expected to,” the agent said in 2021, referring to Pogba.

“Paul requires a new crew, a breath of fresh air. He’ll be under contract for the next 18 months, with the contract ending in the summer of 2022. However, I believe that the best answer for Pogba and United is for him to go during the next transfer window.”

Inter is still trying to sign Romelu Lukaku. The striker has made it obvious to Chelsea that he wants to go, with Inter being his only option. The loan cost is still being discussed, and Lukaku, who had a successful period with Inter from 2019 to 21, is willing to accept a pay reduction to complete the transfer.

Previous articleBundesliga: FC Bayern Munich Has Completed The Signing Of Ryan Gravenberch On A Five-Year Contract From Ajax!!
Next articleDani Alves Is At The Verge Of Leaving Barcelona, The Contract Will Not Be Renewed For The Next Season!!