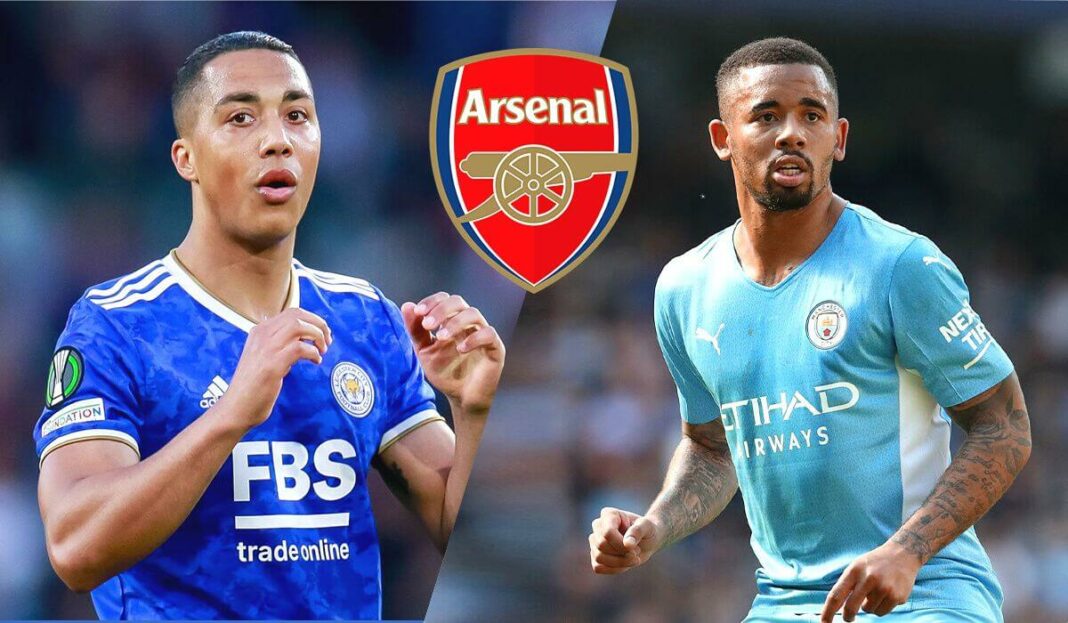 Arsenal has finally announced their first signing for the summer on 13 July as the Brazilian player Marquinhos signed a four-year deal at the Emirates Stadium. In the coming months, more incomings, as well as outgoings, are expected to happen in north London.

As French forward Alexandre Lacazette is all set to join the Ligue 1 side Lyon on a free transfer basis by the end of this month we can surely expect more incoming as well as outgoings in the Arsenal. Following the club’s decision to allow the French striker Pierre-Emerick Aubameyang to join Barcelona back in January this year, at least one center-forward player is expected to be signed in by the Gunners this very summer.

The Gunners team has already welcomed the Brazilian player Marquinhos to the Emirates Stadium. Marquinhos was their first transfer of the window. He has reportedly penned a four-year-long deal in the north London’s Emirates Stadium having joined directly from Sao Paulo. The Gunners technical director Edu seemed to be very happy with the first transfer of the window.

He said, “We’re delighted to have completed the transfer with Sao Paulo, as Marquinhos was a player we had been watching for a while. At 19, he is still very young, so he is a player for the future, We look forward to Marquinhos now joining us for pre-season, making his new home, and continuing to grow and develop with us.”

Let’s take a closer look at the latest news which is continuously coming out from the Emirates Football Stadium in North London.

Now It appears that a deal could be completed very sooner in the future rather than later if the reports we are getting are to be believed. As per a Belgian sports outlet “HLN as per Sport Witness”, the Gunners are convinced that they can seal the midfielder’s move ‘fairly and quickly’ once the international fixtures are done. It is also reported that the Arsenal are ‘very confident’ of completing a transfer for Leicester’s Youri Tieleman.

According to the Italian daily newspaper Il Mattino, the north London football club has lodged a huge £51m bid for Victor Osimhen which is seen as an attempt to tempt the Italian sportsman into the sale. This £ 51 Million offer was rejected out of hand with the Napoli football club which is hoping to earn far more than their original £69m expenditure which they spend to sign the Victor from the Lille.

The Arsenal have reportedly been linked with another striker this summer whose name is Gianluca Scamacca. Scamacca is an Italian footballer playing for the Sassuolo. There is a lot of competition reported in the race for his services

Tottenham Is All Set To Sign Yves Bissouma For £25 Million

Tottenham Hotspur has reportedly agreed to a deal worth £25 million with Brighton & Hove Albion for Yves Bissouma who is a 25-year-old midfielder of the premier league football club Brighton & Hove Albion. Tottenham Spurs are interested in Bissouma since January this year. Due to some reasons, they were unable to agree on a fee with Brighton. Brighton had reluctantly allowed the Mali international to depart from the team though he has one year left on his existing contract.

Last year in 20221 Bissouma was arrested under the suspicion of sexual assault but was later on released under the police investigation. The outcome of the case is still pending in the court.

The Arsenal fans have been seen angry as well as disappointed today with the news of Tottenham’s move for Brighton’s Yves Bissouma which poured all over the Twitter timelines. The Arsenal have reportedly been long linked with the midfielder so in this scenario, after a deal being announced to the rivals for just £25m the fans don’t seem to be happy.

On the other hand, many are seeing this as a piece of good news too. Some of the fans said that Arsenal is just being wise while making all the decisions.

The Arsenals are not signing him in since he is being investigated for such a heinous crime. The situation may be problematic for Arsenal too in the future if things go against Yves in the sexual assault investigation.

Fans on Social various social media platforms are appreciating Arsenal for not welcoming him into the team as this would affect the image of the team in a bad way and also if the things turn out against Yves then it would be no less than an unwelcome environment in the club for the victims of sexual assault.

Now it is a cause of concern for the spurs that if Yves is proven guilty in the sexual assault case then it will spoil the name of the whole team. It will be no less than a PR nightmare situation for the Spurs. By not signing in Yves, the Arsenals have potentially dogged a maybe big bullet. There is no doubt that he is one of the best footballers and this is the reason why the fans are unhappy. Now it is a matter of the future and the court to pass on the decision for Yves Bissouma. The future decision is sure to make a big impact on the sportsman’s career.